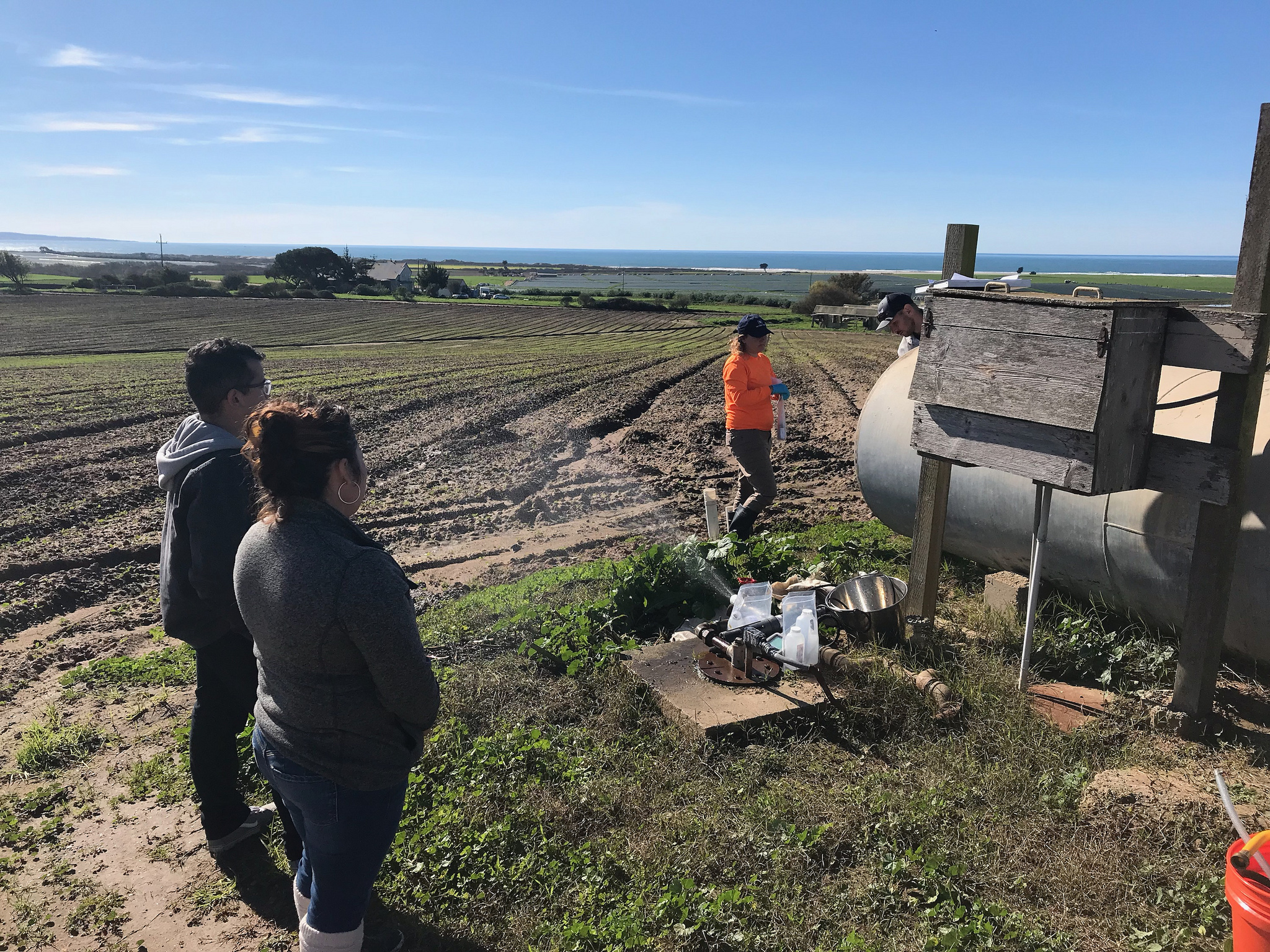 Community Water Center opened its third office in Watsonville in October 2018. This followed the expansion of our mission to seek water justice not just for the San Joaquin Valley, but for all of California.

CWC's work in the Central Coast has begun primarily in northern Monterey County, north of Moss Landing along the coast. This unincorporated community includes Bluff, Jensen, and Springfield roads as well as their surrounding areas. Residents get their drinking water water from both private domestic wells and small water systems, many of which are known to be out of compliance with state drinking water standards including nitrate levels of up to six times the legal limit and other contaminants such as 1,2,3 TCP and Chrom-6.

These communities have had unsafe drinking water for many years and there has been a lack of information about the water quality among residents. While many people are aware that they should not be drinking their tap water (using bottled water for cooking and drinking instead), many do not know what is actually contaminating their drinking water or the severity of contaminants present in the area. Furthermore, residents have had to rely on inconsistent services, with many organizations going in and out of the community. When it comes to long term solutions, there is a lack of consistency in community organizing.

CWC started organizing efforts in early November and have since reached over 40 residents, with many now attending monthly community meetings and participating in a free well testing program. In January, community residents came together to form a community based organization (CBO) dedicated to water justice in the Central Coast! The Comité para tener agua sana, limpia, y economica (Committee for Safe, Clean and Affordable Water) will work to ensure that all homes and schools in the local area have access to safe, clean, and affordable drinking water. The Comité will focus their organizing on solutions for drinking water contamination in their communities. They are already organizing around the local elementary school, working to obtain safe bottled water for all students and staff.