Drought Campaign - $6k in One Week 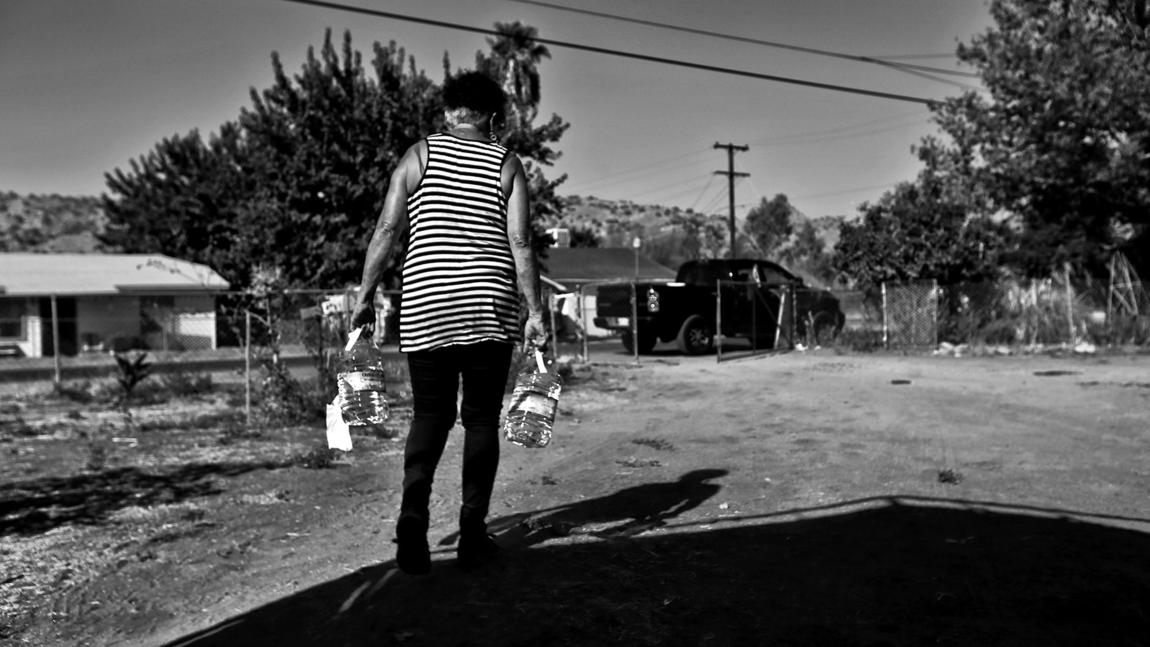 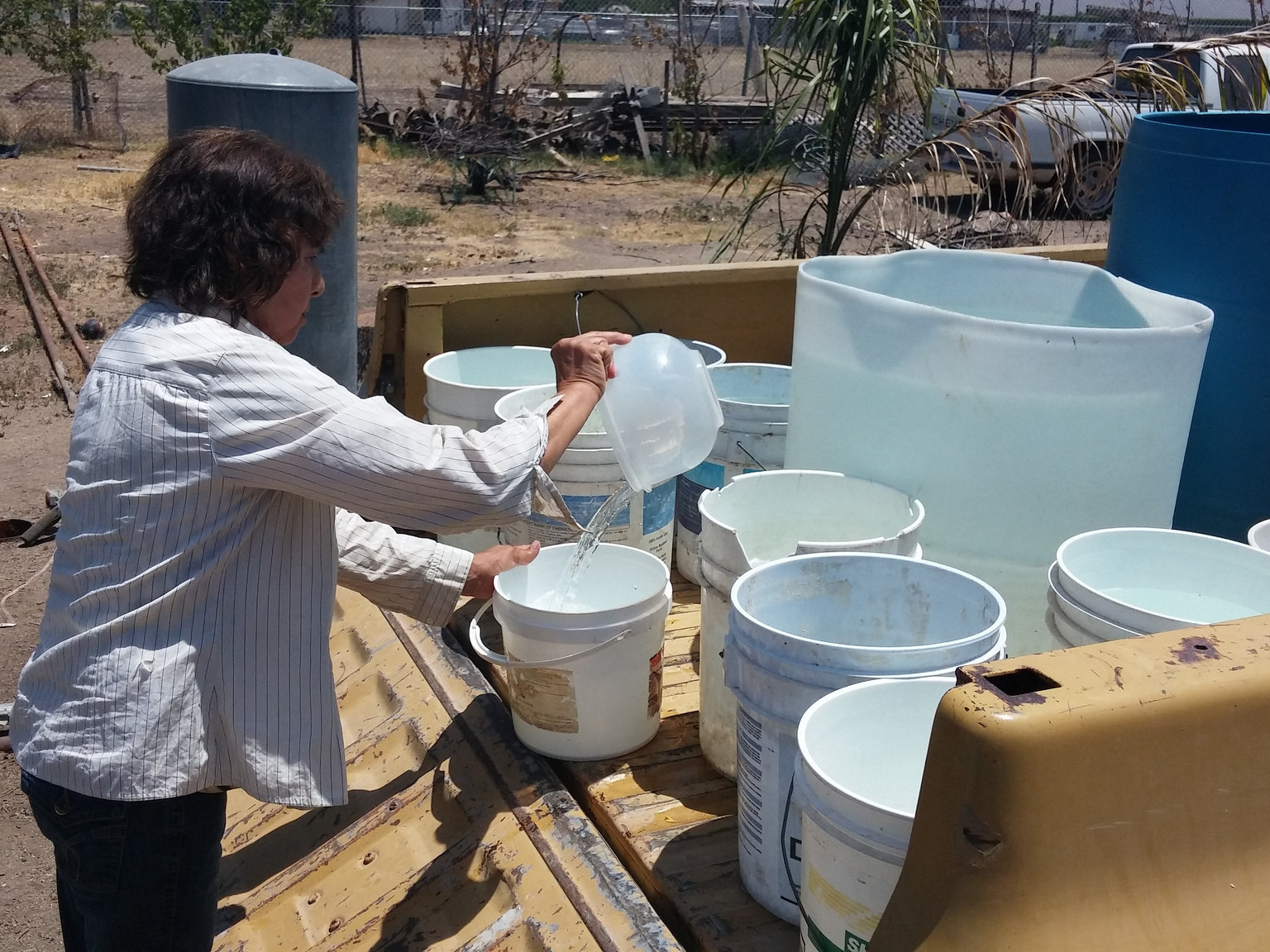 Private wells are going dry as the drought wears on. Because of excessive groundwater pumping, over 10 homes in Monson, up to 300 homes in East Porterville, and dozens of other private residences now have dry wells. Life without tap water is an expensive affair – both in terms of time and money. Those reliant on private wells often receive little to no assistance from the federal, state or local agencies. Families are forced to take drastic measures to meet their basic water needs. Running hoses from a neighbors’ home, transporting buckets of water long distances from the nearest available water source, and purchasing hundreds of dollars’ worth of bottled water are now standard practices in these communities. The drought has turned simple activities like cooking, bathing, dishwashing, and toilet flushing into arduous tasks.

Top photo: Donna Johnson lugs bottled water for some of the hundreds around East Porterville whose wells have gone dry. Credit: Michael Robinson Chavez, Los Angeles Times
Photo at right: Mrs. Magana fills buckets of water she has collected from neighbors to bring into her home for domestic needs. 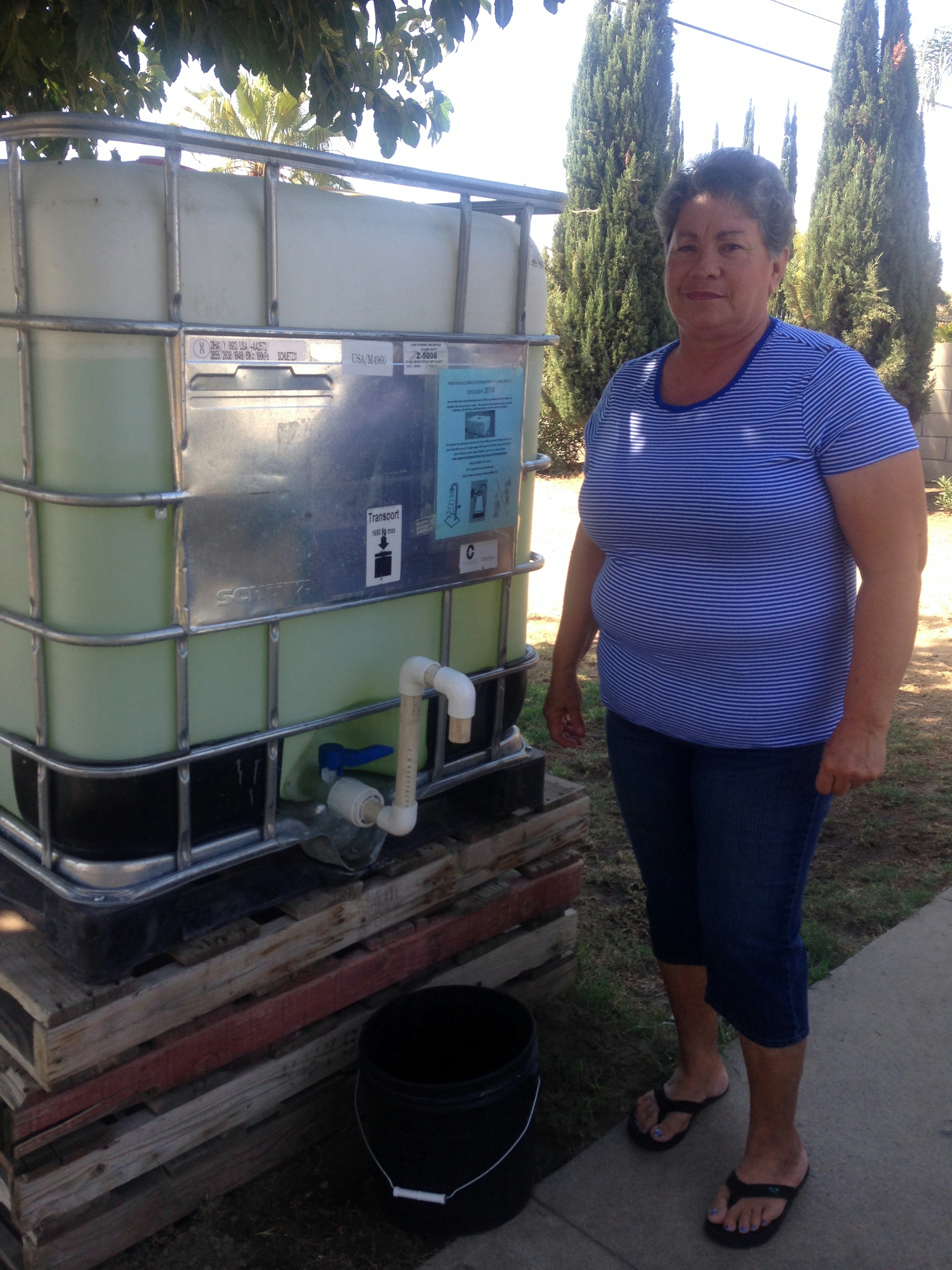 Take Action!
To support our work fighting for the Human Right to Water during this intense drought, CWC is kicking off our most ambitious fundraising campaign yet! We’re trying to raise $6,000 in one week to help CWC advocate for adequate drought relief in communities that lack water. Our campaign will culminate at the Visalia film premier of Thirsty For Justice on Sept. 25th. Please donate if you are able, and share our campaign with your friends. CWC will use funds from this campaign to support our work addressing immediate needs and organizing drought-impacted communities to develop more permanent, lasting sources of clean, affordable water. We can’t do this work without your help!

Media Coverage
The devastation caused by the drought has generated a great deal of media coverage. We've helped drought-impacted individuals and families share their stories with a wide array of radio, TV, and print media outlets, including NBC Nightly News, The Today Show, NBC, Univision, CNN, The New York Times, Al Jazeera America, Deseret National News, The Desert Sun, The East Bay Express, and The Fresno Bee (see below for a few clips). This media coverage makes visible the often invisible stories of individuals and families suffering from the drought. For our recent work, CWC has even been named a California water "power broker" by Mother Jones.

CWC is advocating for additional state resources to address this emergency. Drought-impacted communities need technical assistance, emergency funding for all water needs, and improved coordination between the various public and private organizations now providing drought relief. CWC is working collaboratively with state, county, and private organizations to develop both immediate and lasting solutions for drought-impacted communities. 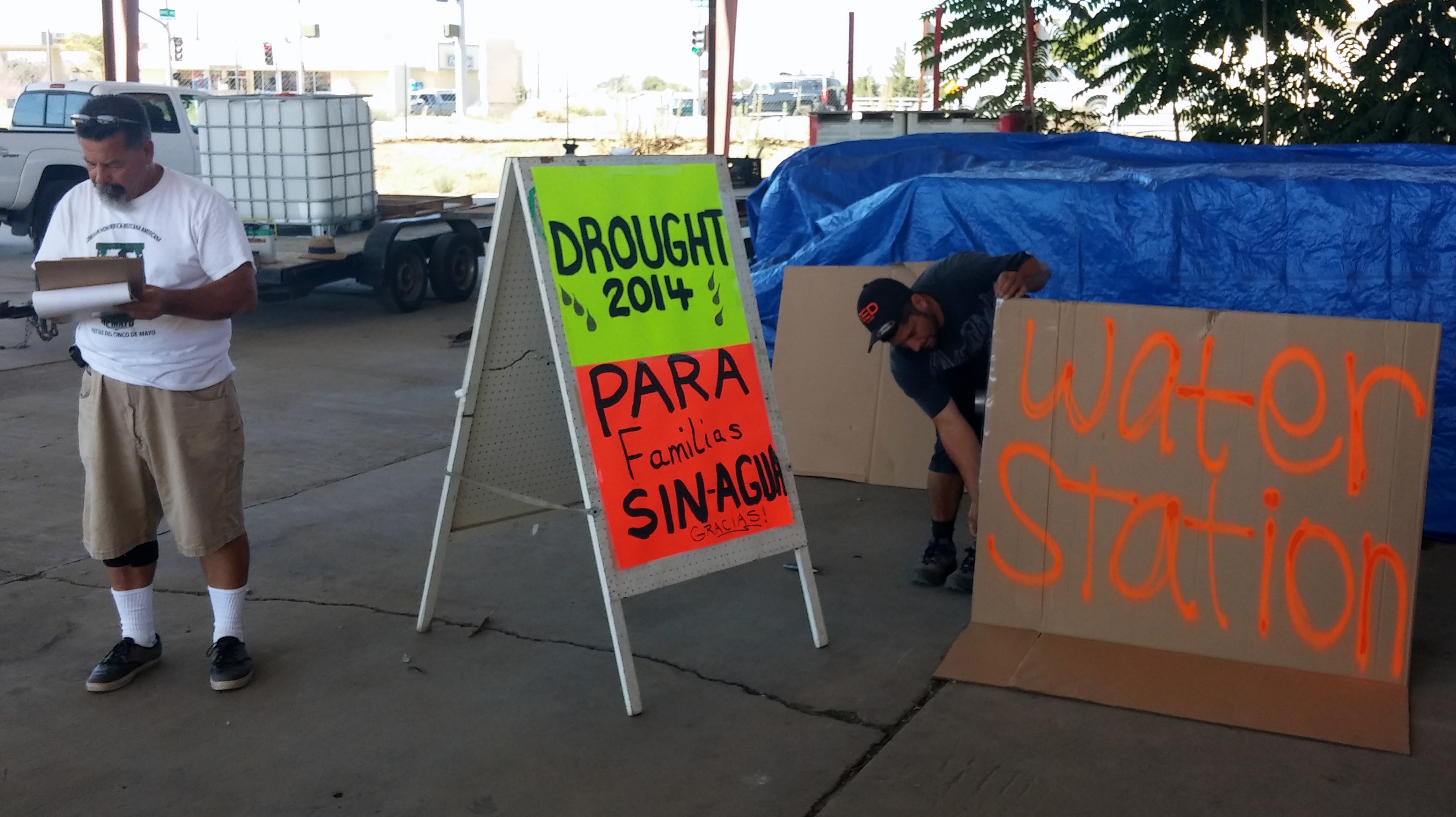 EAST PORTERVILLE, Calif. — Up an easy-to-miss dirt road, a 70-year-old woman moved 5-gallon jugs of water into her single- wide trailer. It was hard because she was weak from chemotherapy. Her water had stopped coming out of the tap three months ago.

This scattered Tulare County community may be the hardest-hit place in California's punishing drought. Of its 7,300 people, almost 1,000 have no running water. Read more.

Not One Drop: How Long Will California Survive Life Without Water?

TULARE COUNTY, Calif. — The old man knew of the $500-a-day fine for people caught wasting water. He heard the plea for conservation from Governor Jerry Brown. But the water police can’t scare a person whose water isn’t running in the first place.

“Look,” said Carlos Chavez, a retired farm hand in the small town of Seville. He turned the wheel on a big outdoor faucet, the kind of high pressure spigot that’s illegal to operate in California without at least a hose attached to it. Nothing came out except air. It was the same story inside his home, where his plates piled up beneath a kitchen faucet as dry as the shop model.

As the California drought approaches its fourth year, Seville’s well is one of hundreds of private water holes coughing up sand and spitting air in the Central Valley, according to Tulare County officials. As many as 100,000 more wells are at risk around the state if the rains don’t come by October. Read more.

When the Water Runs Out

When Loralyn Sanchez turned on her kitchen faucet one morning last February, chocolate-colored sludge came out. She went from room to room turning on all of her sinks, and each one sputtered out the same brown liquid. Pretty soon nothing but air was coming out of her water pipes, and she concluded that her well must be dry.

It has been more than six months, and Sanchez's family of eight is still waiting for water to return to their home in the San Joaquin Valley town of Monson, south of Fresno. Read more.