California Set to Regulate Carcinogen in Water for Decades 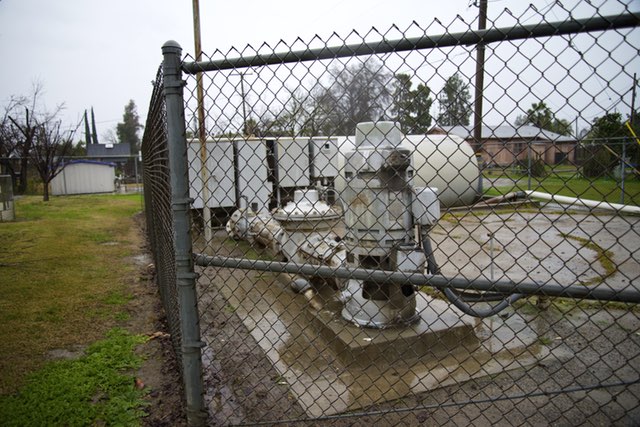 A water well in Del Rey, California, a small community in Fresno County. Del Rey is one of dozens of communities in the San Joaquin Valley that has found 1,2,3-trichloropropane, a likely human carcinogen, in its water.

CARLOS ARIAS IS asked by many residents in the small town of Del Rey, California, if the water is safe to drink. He is the district manager of Del Rey’s community services district, which is tasked with providing drinking water and other services to its 2,000 residents.

You might think it would be an easy question to answer. But it’s not. “We’ve been told by the government that prolonged use of this water could cause cancer – that’s all I can tell them,” said Arias.

Del Rey, in Fresno County, is one of dozens of communities in the San Joaquin Valley with wells that contain 1,2,3-trichloropropane.

1,2,3-TCP, as it is commonly known, has been classified as a likely human carcinogen; in 1992 California added it to the list of chemicals known by the state to cause cancer. The first known detections in wells in the San Joaquin Valley came in 2000, according to the State Water Resources Control Board. And between 2001 and 2015 there have been detections at 471 wells ranging from 5 parts per trillion to 10,000 parts per trillion, with the most contaminated wells being found in Kern and Fresno counties.

Despite the prevalence and the risk, the state had not regulated the chemical.

But that will change in the next few months and when it does, it could mean two major companies having to pay out millions in remediation costs for contaminated wells.

1,2,3-TCP is a man-made chlorinated hydrocarbon. It is used in industrial processes for cleaning and degreasing. A byproduct of the plastics industry, in the 1940s and 1950s it became part of a soup of chemicals formulated as a soil fumigant – a pesticide injected into the ground to kill tiny worms known as nematodes. Shell manufactured one of the fumigants, known as D-D, and Dow had a competing product called Telone.

They were “two of the most widely used soil fumigants in California” according to a 1983 report from the resources control board’s toxic substances control program.

“The really egregious part of this whole story is that this was a totally man-made problem and was totally avoidable,” said Andria Ventura, toxics program manager at Clean Water Action, the grassroots pressure group. Internal company documents discovered during litigation have shown that Dow and Shell knew early on that 1,2,3-TCP was not an active ingredient in the products and served no purpose in killing nematodes.

“It offered no extra benefit to farmers using [the] product,” said Ventura.

Despite that, the products were labeled for decades as 100 percent active, when in fact the primary active ingredient was known to be 1,3-dichloropropane. The rationale appears to have been purely economic, namely to “retain the definite sales advantage of a 100 percent active ingredient claim,” according to a 1949 letter by Shell regarding the federal registration of D-D.

“There are several reasons why we prefer not to list all the ingredients,” the letter states. “Some of the components that make up D-D … have little or no nematicidal effectiveness and we would not be able to defend our claim of 100 percent active ingredient if the names of any of these compounds appeared in the ingredient statement.”

It was not until 1974 that Dow began to reformulate its product (now sold as Telone-II) and eventually removed 1,2,3-TCP. Shell dropped its product altogether in the 1980s after stricter regulations for pesticides were put in place.

Because of ongoing litigation, Dow declined an interview but in a statement said “TCP was a trace constituent associated with certain historical, highly beneficial agricultural products and product formulations that controlled agricultural pests that otherwise would have caused millions of dollars in annual crop losses. Those products and product formulations have not been on the market for several decades and include products that Dow did not manufacture or sell.” 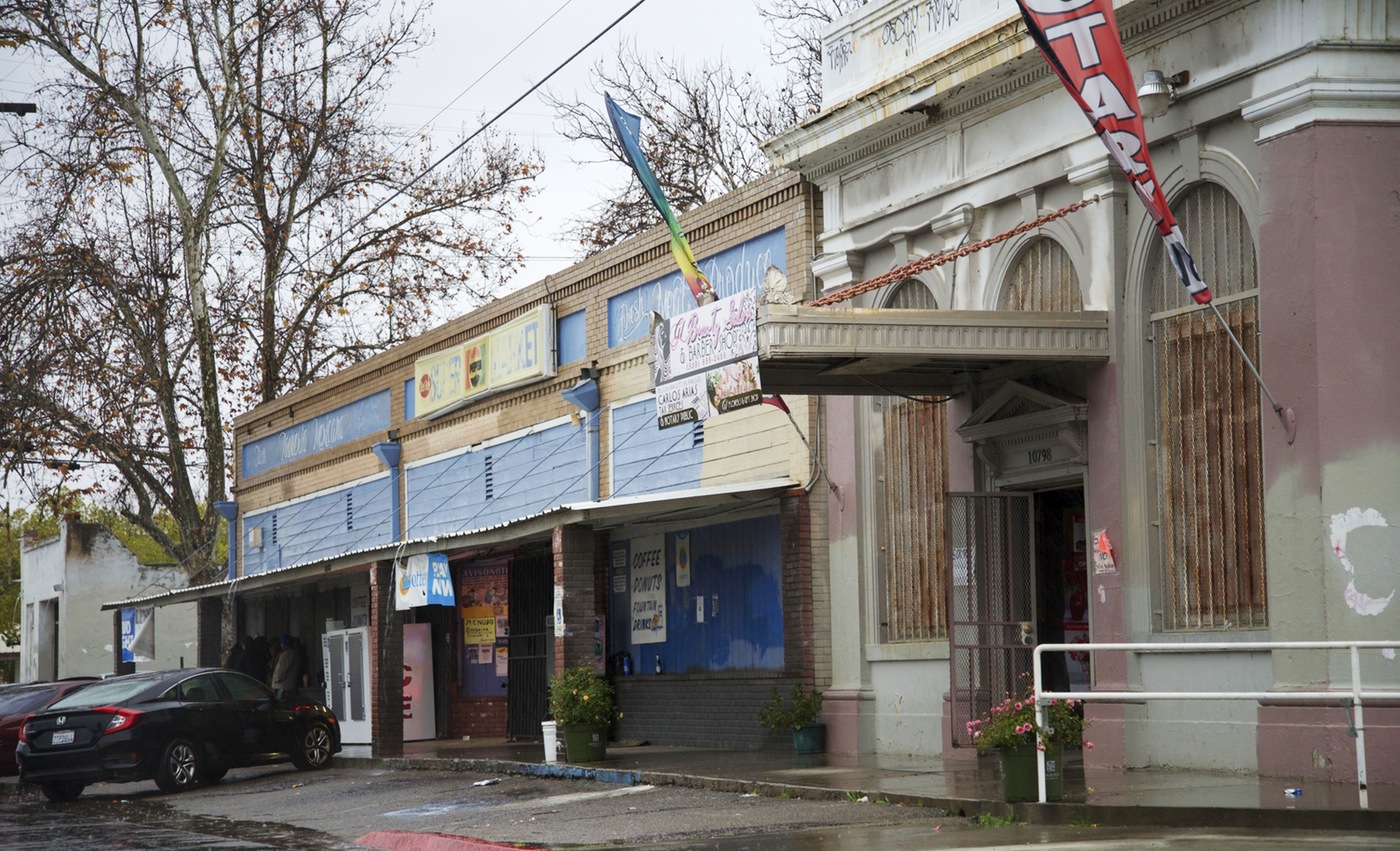 Del Rey is a small community of mostly farmworkers in Fresno County and is one of about 40 San Joaquin Valley communities taking legal action because of 1,2,3-trichloropropane, a likely human carcinogen, found in its groundwater. (Tara Lohan)

However, decades after products containing 1,2,3-TCP ceased to be used in the San Joaquin Valley, the consequences remain. It persists in the environment, leaches from the soil to the water and sinks to the bottom of an aquifer.

Many of the communities that have been affected, such as Del Rey, have few resources to fix the problem. “It’s such a small community, such a disadvantaged community,” said Arias. “I don’t think the people, especially poor people like we have in this community, should pay for something that was done by somebody else. All we want is the responsible parties to take responsibility in this matter and fix it.”

Arias said that there was no way Del Rey, whose residents mostly work in agricultural fields and packing houses, could clean up the drinking water by raising its water rates. “I know it’s costly – in the millions, which we don’t have,” he said.

Regulation on the Way

Del Rey is one of about 40 communities that so far have engaged in litigation to recoup remediation costs. Attorney Todd Robins has represented dozens of small valley communities suing the companies to help pay the cost of removing the contaminant from drinking-water wells. He said that while some of the lawsuits have already been settled out of court, most are moving slowly because California does not currently have a maximum contaminant level (MCL) stating how much of the chemical is safely allowed in public drinking-water systems.

The state has been moving toward establishing an MCL for some years.

In 2009 California’s Office of Environmental Health Hazard Assessment set a public health goal of 0.7 parts per trillion (ppt), a level deemed to be safest for protecting public health. But public health goals are guidelines and not enforceable regulations. The next step is establishing the MCL, which is also in the works.

The SWRCB staff have issued a preliminary recommendation for an MCL of 5 parts per trillion, which is higher than the public health goal, but is the lowest detection level for most laboratories. A 45-day public comment period on the proposed draft MCL has just started and the water board will hold a public hearing on April 19.

After that feedback, the board is expected to adopt the MCL this summer, according to the SWRCB. Water systems would need to begin sampling for 1,2,3-TCP by Jan.1, 2018.

When the state issues the regulation, “that should have some significant reverberations on how the litigation comes out,” said Robins. “It will certainly result in more water systems joining the fray. A state rule would mean even the smallest water providers will have to test and most will not have the resources for remediation.”

The water board estimates that remediation will cost $34 million annually statewide for the affected systems if the MCL is indeed set at 5 parts per trillion. The numbers could climb if more communities are affected or if contamination worsens in wells, said Mark Bartson, supervising sanitary engineer with the control board’s division of drinking water.

In one of the few cases that have gone to trial already, Shell was ordered to pay $22 million to the city of Clovis in December. The city previously settled with Dow for $7.5 million.

A contamination problem, when faced by small, poor communities, “creates a dilemma between clean water and affordable water,” said Robins. “And the whole purpose of the litigation is to say people have a right to both; they shouldn’t have to choose.”

By: Bill Walker Published on April 11, 2017 Read the full story and watch the video HERE We are eager to be featured on the Environmental Working Group website in regards...

By: Vice News Published on March 22, 2017 We are happy to announce that California is on track to regulating 1,2,3-TCP, which is a known carcinogen that has...

Health and Justice in Water Board’s Hands with Pesticide Byproduct