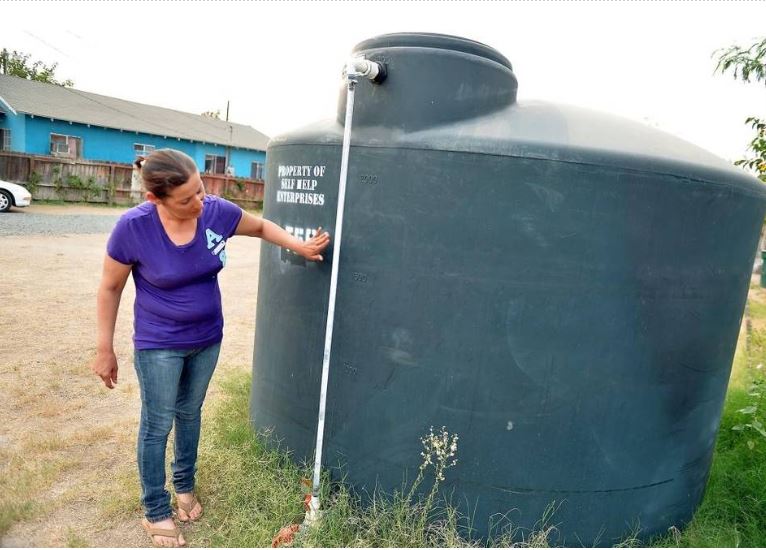 East Porterville and other Valley communities suffering the effects of California’s worst drought in decades are getting financial aid from the federal government to buoy their water supplies.

The U.S. Department of Agriculture approved about $3.3 million in grants for eight communities in Fresno, Tulare and Kings counties.

One of the USDA grants will pay for well drilling in East Porterville, one of three grants from the state and federal government that would eventually lead to the unincorporated community being hooked into the city of Porterville’s water system.

Tulare County officials will use the USDA grant, along with two state grants, to pay for the well and city connection project, with a total cost about $2.2 million, said Eric Coyne, Tulare County’s economic and community development coordinator.

When the project is done, the well will be turned over to the city, he said.

Ultimately, about 115 homes could be hooked up to the city’s water system.

“By combining funding sources, it will pay for the complete project,” Coyne said.

The other $500,000 grant for Tulare County is for a similar, but slightly smaller project in the community of Monson, that will allow for possible consolidation with the Sultana Community Services District.

Monson has about 45 households with individual wells, many running dry. The USDA funding will allow the county to buy property for the well site and construct the well. Two other state grants are expected to pay the full $1.5 million cost.

A $500,000 grant for Stratford Public Utility District in Kings County will pay for improvements on a community well, said John Demsky, the district’s general manager.

He said water levels in the well have dropped. The work will be finished in early 2016.

Without the USDA grant, he said, the project wouldn’t get done because the community is considered a socioeconomically disadvantaged community.

A $500,000 grant for the city of Fresno will allow water system consolidation for homes south of Orange Center School about a mile south of Fresno. It could eventually serve up to 79 homes along Daleville, Cherry and Central avenues, according to Thomas Esqueda, Fresno’s public utilities director.


Original story: http://www.fresnobee.com/news/local/article42369843.html#storylink=cpy
Drought
Like us to spread the word