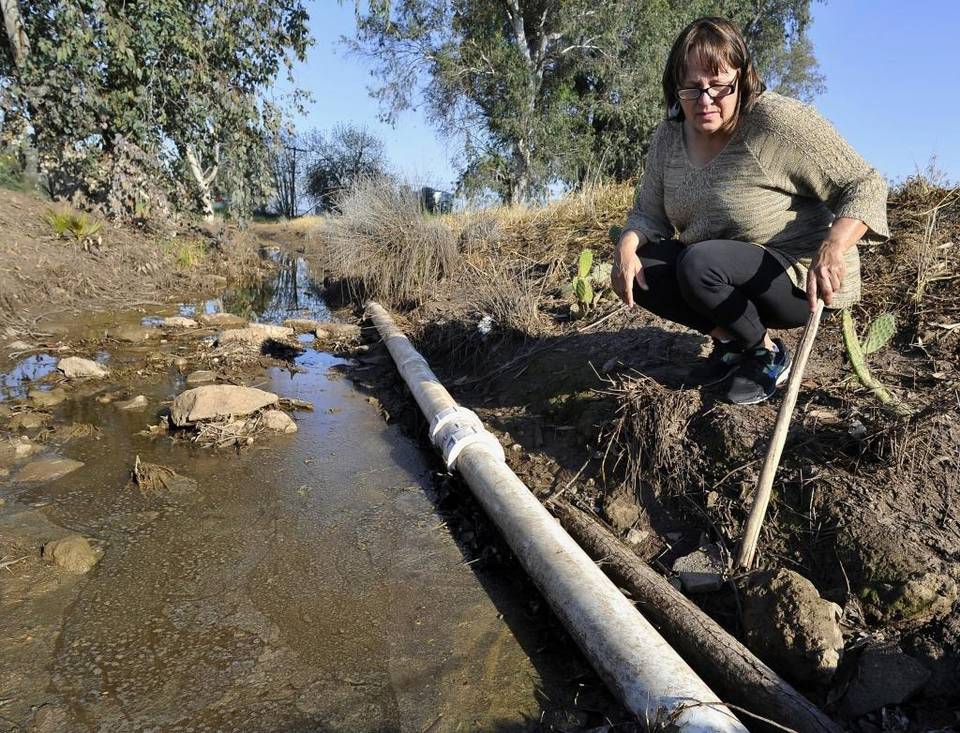 The problem of contaminated drinking water in small communities such as Seville in Tulare County can be solved if the state establishes a safe drinking water fund similar to the Lifeline program for basic phone service, an advocacy group with roots in the Valley said Tuesday.

Like Flint, Mich., where lead contamination made headlines, “a drinking water crisis” in California also exists involving tap water contaminated with nitrates, arsenic and disinfection byproducts, said Laurel Firestone, co-director of the Community Water Center, which began in Visalia and has an office in Sacramento.

The problem of contaminated tap water is especially acute in the Central Valley, but about 300 communities and schools statewide are not meeting drinking water standards, she said.

Drinking the water can harm human health, she said.

“We are calling on state leaders to create a safe and affordable drinking water fund to ensure all communities have access to safe drinking water,” she said. “A reliable funding source is the biggest barrier to helping communities … get a reliable supply of water.”

On Tuesday, Community Water Center and other advocacy groups – Clean Water Actionbased in Oakland, Leadership Counsel for Justice & Accountability, and the AQUA coalition – lobbied the Legislature about their proposal.

Assemblyman Devon Mathis, R-Visalia, whose district includes East Porterville where wells ran dry in the drought and where nitrates have been found in drinking water, issued a statement.

“Every Californian has a civil right to safe, clean, reliable drinking water,” he said. “I’m open to any ideas that seek a statewide solution to what is a statewide problem.”

To support their cause, the advocates released a poll showing public support for a safe drinking water fund.

The telephone poll of 1,000 people by landline and cellphone showed “strong majorities are willing to pay to fix drinking water contamination throughout the state with a fee on their water bill,” states a report by FM3, a public opinion polling company in Los Angeles and Oakland.

According to the poll, 57 percent of those surveyed would be willing to pay as much as $4 a month extra on their water bill.

Telephone utilities have Lifeline programs that provide discounted service to those who qualify that is covered via a small charge to phone bills.

“A program like that would be appropriate,” said Jennifer Clary, water programs manager for Clean Water Action.

The fund could help fix water systems that have either man-made or natural contamination – the arsenic in the water supply for Kettleman City is naturally occurring, for instance.

Rebecca Quintana, who owns a home in Seville in Tulare County, went to Sacramento on Tuesday to lobby the Legislature on behalf of the idea. She said contaminated water has been a problem for 40 years.

“There are people coming down with rashes due to nitrates in the water,” she said.

Quintana’s story was part of a special report by former Bee reporter Mark Grossi. Grossi was a 2016 fellow for the Washington, D.C.-based Alicia Patterson Foundation. He is writing a series of stories that focus on the San Joaquin Valley’s rural areas where people face environmental challenges.

Quintana’s 34-year-old daughter, Regina Lujan, died of breast cancer and although the cause is a mystery, “throughout my pregnancy I did drink the water,” Quintana said Tuesday.

Nitrates in water in agricultural regions are caused by fertilizer applied to cropland, according to a 2012 study by the University of California, Davis.

The advocacy groups did not specifically mention agriculture at a news conference Tuesday but “we know we can’t solve the nitrate problem without agriculture being part of the solution,” said Jenny Rempel, director of education and engagement for Community Water Center, following the news conference.

By Valerie GibbonsVisalia Times Delta – Visaliatimesdelta.com PDF of original article (09/03/2013) A recent change in state rules has allowed some of the country’s poorest water districts to get...

This week is National Drinking Water Week, and the Community Water Center wants you to take a stand and join the movement for water justice! With over one million Californians...