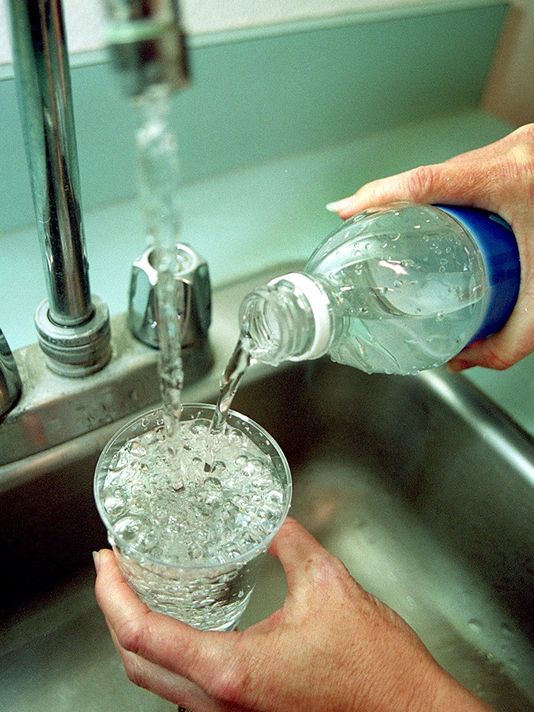 The drought gripping the Valley has triggered increasing reports from Tulare County property owners and renters with wells that have run dry or have become too contaminated to provide drinking water.

Though there are no solid numbers on how many homes in unincorporated parts of the county have no water — or lack clean, drinkable water — Mike Spata, assistant director of planning for the county’s Resource Management Agency, estimated that the number likely is in the hundreds.

But within the coming weeks, some relief could be available to these residents, as the county is expected to receive $500,000 in state grant money to buy bottled drinking water for some of these households.

On Tuesday, Spata presented the Tulare County Board of Supervisors with a formal request to apply for a $500,000 California Water Resources Control Board grant, paid for with the agency’s Clean-up and Abatement Account Interim Emergency Drinking Water Drought Funds.

RMA officials became aware of the funds weeks ago, but because of the work involved in reviewing the conditions of the grant and preparing the application, it wasn’t finished until Friday or Monday, Spata said. And because many people in the county are facing crisis conditions due to dry wells, his office asked to place the matter on the agenda for the next board meeting, which occurred Tuesday, rather than waiting for the next one on July 22.

As such, it wasn’t listed among the board’s agenda items posted online on Thursday, and because it was an “urgency” item, it didn’t have to be placed on the agenda prior to the meeting, Spata said.

Tulare County is eligible for the grant because the supervisors declared an ongoing drought emergency here back in February, and Spata said officials with the state Control Board indicated the county will receive the money to pay for the County Wide Emergency Bottled Water Program.

Under the program, 50 gallons of bottled water will be provided to eligible homes in 1- or 5-gallon bottles delivered by one or more existing water-delivery businesses.

Homes receiving 5-gallon bottles also will receive water dispensers, with the grant covering the $1 monthly rental fees. But those residents will have to pay out of their own pockets a $6 deposit on each dispenser, Spata told the supervisors on Tuesday.

But there is a catch, he said, explaining that the service will be available only to households in the unincorporated county where individual or community wells have run dry and also are contaminated. So those with only dry wells or just contaminated wells will not be eligible, Spata said.

“We’re looking into that,” Spata replied.

He went on to say that RMA officials, who will administer the program, don’t intend to make each homeowner incur the time and costs of testing their well water.

The county will take a practical approach and look at water quality data to see if contamination has been a problem in the areas where grant applicants live to help determine eligibility, Spata said.

Supervisor Allen Ishida noted that Tulare County has the highest nitrate contamination rates for wells in the state.

“This drought is just starting,” he said, adding that more well problems are likely to occur in the coming months.

With that in mind, Spata said it’s likely the $500,000 may not be enough to keep up with the emergency water needs in unincorporated Tulare County, but state officials have indicated another $500,000 likely will be available to the county once the first grant runs out.

Some of the worst problems with wells are being reported in the northern end of the county, in communities that include Seville, but Spata said that once a process to request emergency water is in place, he expects they’ll come from various parts of the county.

During their meeting Tuesday, the supervisors approved an application to apply for a separate, $45,000 grant to pay for bottle water for residents in Seville for the next three months months while a new water-storage tank is installed for their drinking-water system.

In 2009, Tulare County assumed temporary receivership of the Seville Water Company, which was dealing with a failing system that included cracked pipes that allowed sand to flow through residential taps, nitrate contamination in the town’s well and a lack of money to fix the costly problems.

In the years that followed, the county has paid for some temporary fixes and maintenance of the system and sought funding to pay for long-term fixes.

On May 30, the California Department of Public Health listed the Seville water system as experiencing a drought-related water emergency, and on June 28 a drinking water warning was issued to residents of the tiny, north-county town after tests showed nitrate levels the well exceeded maximum levels allowed by the state.

Current plans are to replace a dilapidated water tank in Seville with a new, 15,000-gallon tank and two booster pumps, along with a installing a water vending machine on a vacant parcel at the corner of Road 154 and Avenue 381.

The water in Seville could be turned off by the end of this week or early next week, Spata said.

County officials are expecting to receive the Seville grant, which will pay to have bottled water delivered to homes there.