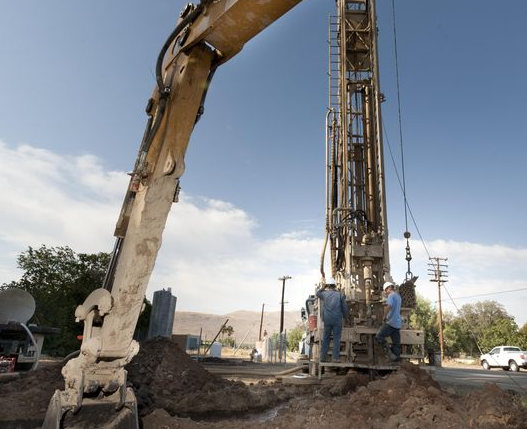 County leaders have approved the $20,000 purchase of a small parcel of land where a new well will be drilled to supply water for the rural towns of Yettem and Seville.

Wells in both of these north Tulare Countycommunities for years have had problems providing sufficient drinking water, both in volume of water and its quality, said county Resource Management Agency Director Mike Spata.

Seville’s water problems have been the most notorious, having gotten so bad that in 2009 residents asked Tulare County to become temporary receiver of the Seville Water Company.

The Tulare County Superior Court granted the receivership and has since extended it three times. It has managed the aging water system and sought grants to improve it. The problems have included aging, cracked underground pipes that allowed sand and silt to flow into home taps.

In June of last year, Tulare County officials issued a warning to residents not to drink the water from their taps because testing showed it contained nitrates at higher than maximum levels allowed by law. And more recent problems included poor water pressure.

But things turned around for the tiny community late last year, after the county received a $250,000 state emergency drinking water grant to drill a new, deeper well — less than 50 feet from the old well — that is providing more and cleaner water for Seville.

That was only a temporary solution, said Spata, who explained that both Seville and Yettem need more reliable wells. Hence the county is going forward with plans to drill them a joint well.

Also during their weekly Board of Supervisors meeting on Tuesday, the members voted 4-1 to set Seville’s new residential water budget, along with a flat, monthly fee of $60 per connected household.

The dissenting vote was cast by Supervisor Phil Cox, noting RMA data that of the 75 water connections in Seville, 32 are at least a year behind in paying their water bills, while some are as much as three years behind.

“I have a problem supporting this [budget],” Cox said. “We came to the rescue, and I think we’re being snubbed.”

Spata noted that because none of the homes in Seville have water meters, the county can’t turn off the flow of water to any of the homes with outstanding water bills.

Supervisor Steve Worthley told Cox that unpaid water bills go on the property tax rolls for those homes, and after five years of non-payment, those properties can be seized and sold by the county, which would take the money owed it from the sale.

“So the clock is ticking.” Worthley said.