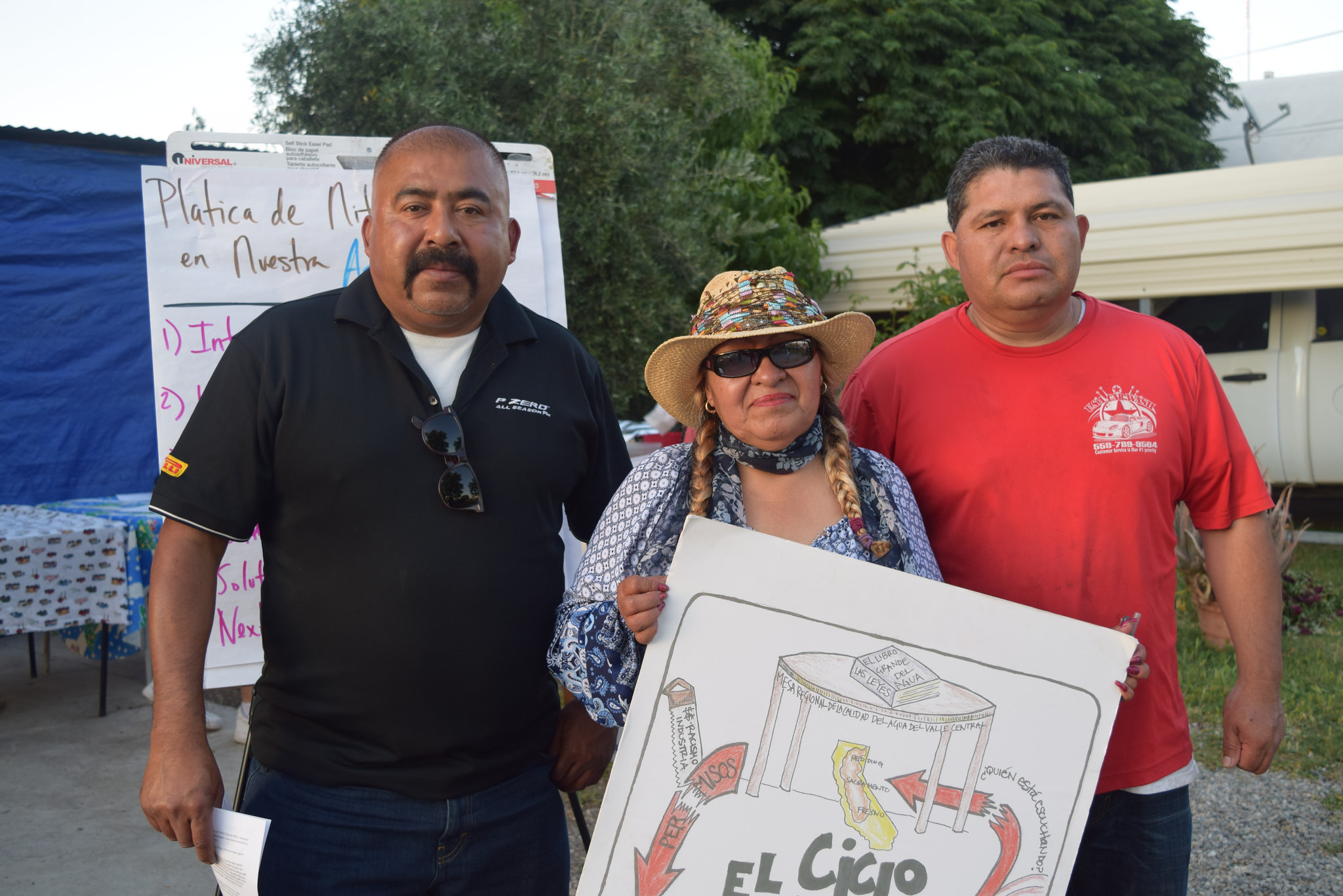 Tomas Garcia, a resident of East Porterville for over 30 years, has been a water justice advocate since the drought began to affect his community’s water supply. “I started having trouble with my well,” he said. “I thought it was going to be a very simple deal to fix the situation but it was a very complicated situation.” Since then, Tomas worked with CWC to organize East Porterville for Water Justice (EPWJ), a community based organization made up of impacted residents working for water solutions. As of 2018, this group is now organizing for other community improvements and is known as Porterville United.  “I like to help my community. What I do, I do for my family,” he said.

The drought disproportionately affected residents of East Porterville because East Porterville is an unincorporated community of approximately 7,500 residents, many of whom are low-income Latinos, that rely on groundwater from private wells. As many as 300 wells went dry during the hot summer months of 2014, and other wells in the area have tested positive for nitrates. “A lot of people in my community don’t want to speak and let people know they are suffering,” Tomas said. “When you come home from work (after) 10 hours and there’s not water, it’s very hard.”

After being hard hit by the drought, 755 East Porterville homes now have a source of safe and reliable water for years to come! These homes have been connected to the City of Porterville's public water system. For several years, Community Water Center conducted large-scale community outreach to ensure residents understood their options and what to expect if they chose to connect to the City of Porterville's water system. We are so glad that the project is complete and are committed to ensuring solutions for other residents who are still dealing with dry household wells.

To learn more about the East Porterville Project, which came about through community advocacy in partnership with local and state officials, check out the Department of Water Resources’ video here.