Health and Justice in Water Board’s Hands with Pesticide Byproduct 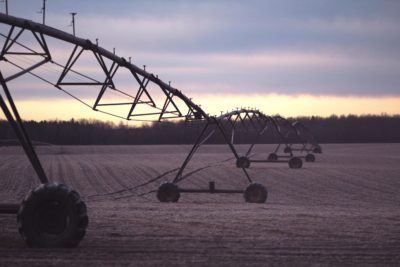 Twenty-five years ago, the drinking water contaminant 1,2,3-TCP was added to the state of California’s list of chemicals known to the state to cause cancer. Water contaminated by this dangerous pesticide byproduct still, flows in hundreds of thousands of homes across the state.

After years of pressure, Californians may finally see justice. The draft regulations to limit the allowable amount of 1,2,3-TCP in water are about to be released to the public, kickstarting the public comment period that communities and environmental justice advocates have been waiting for.

Most 1,2,3-TCP (1,2,3-Trichloropropane) water contamination is in the Central Valley. It comes from pesticides manufactured by Shell Oil and Dow Chemical. These pesticides’ use was phased out by the 1980s, but 1,2,3-TCP leached from farm soils into our groundwater, contaminating hundreds of wells all over California. Given its agricultural history, it’s no surprise that Fresno County is one of the most affected counties. 1,2,3-TCP has been found in the drinking water in Fresno, Clovis, Del Rey, Selma, Parlier, Del Rey, Kingsburg, and Reedley.

Some lawsuits against the chemical companies responsible for the contamination have settled, including the City of Clovis’ recent $22 million victory against Shell, which landed it on the front page of the Fresno Bee in December. But, dozens of other Central Valley water systems are still waiting for settlements.

One of those systems waiting for justice is the Del Rey water district. Del Rey is a small rural community in Fresno County. Beside the rows of citrus trees and grapevines and corporate food processing facilities live almost 2,000 people. Most of Del Rey’s residents are Latino, and by state standards, most of them are poor. Three out of the town’s five water wells are currently contaminated with 1,2,3-TCP, although all five have been contaminated at some point in time.

The absence of a state legal limit for 1,2,3-TCP in drinking water has caused the courts handling these cases to move very slowly. So, residents of places like Del Rey have been forced to wait. Many households use bottled water for cooking and drinking or even bathing, but others who can’t afford bottled water or aren’t aware of the contamination continue to drink straight from their taps, with huge health risks. 1,2,3-TCP consumption can cause skin irritations, headaches, drowsiness, liver and kidney damage, and cancer.

In December, I held a Community Water Center workshop in Del Rey to share information about these health risks as well as some good news: after years of delay, California may finally set the legal limit for 1,2,3-TCP in water — and it looks like it may do so at the most health-protective standard of 5 parts per trillion! For most of the workshop, though, the residents who showed up couldn’t get past their anger and fears: “Does this mean I can’t take a shower?” “Why hasn’t anyone done anything about this?” “What do I tell my children?” “Is this why so many people in my neighborhood have had cancer?” “Do they think they can just forget about us poor people?”

Those are tough questions, but they are the ones I hear the most often at community workshops about 1,2,3-TCP. After someone has experienced decades of exposure to a carcinogen, what would you expect? All I can do is listen, and nod, and ask them to continue to speak up and ask those questions of the decision-maker: the State Water Resources Control Board.

I’ve shared similar concerns with the Board many times, but I was in Del Rey asking for help because residents who have been directly impacted are the most powerful advocates for justice. By writing letters, signing petitions, or traveling three hours to Sacramento, Del Rey residents — like those in Fresno and Clovis and other communities impacted by 1,2,3-TCP — are the ones whose health should be prioritized as regulators look to set the limit for 1,2,3-TCP.  Until the State Water Resources Control Board adopts the most health-protective legal limit for 1,2,3-TCP, I will continue to ask for help.

When the public comment period starts, I urge Central Valley residents to tell their stories and submit comments demanding that the State Water Board protect our health. In April, we can show up in Sacramento and ask the tough questions I heard in Dey Rey.

To get an update when the State Water Board’s 1,2,3-TCP workshop is scheduled, you can sign up for the Community Water Center’s 1,2,3-TCP Action Team: www.communitywatercenter.org/123_tcp.

By: Bill Walker Published on April 11, 2017 Read the full story and watch the video HERE We are eager to be featured on the Environmental Working Group website in regards...

By: Vice News Published on March 22, 2017 We are happy to announce that California is on track to regulating 1,2,3-TCP, which is a known carcinogen that has...

California Set to Regulate Carcinogen in Water for Decades

By: Tara Lohan March 4, 2017 Original Story: https://www.newsdeeply.com/water/articles/2017/03/04/california-set-to-regulate-carcinogen-in-water-for-decades A water well in Del Rey, California, a small community in Fresno County. Del Rey is one of dozens of communities in...