Our second annual Water Justice Leadership Awards was a great celebration! We were thrilled to be joined by so many supporters as we honored Phoebe Seaton & Veronica Garibay, Sandra Garcia, Tam Doduc, Ruth Martinez, and Kevin de León. 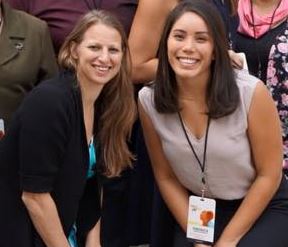 Phoebe Seaton co-founded and co-directs Leadership Counsel for Justice and Accountability. Prior to launching Leadership Counsel, Phoebe directed the Community Equity Initiative (CEI) at California Rural Legal Assistance, Inc. and was the Policy Coordinator for issues related to water and land use at California Rural Legal Assistance Foundation. Phoebe initiated the CEI to address critical infrastructure and service deficits in low income, unincorporated communities in California. Seaton and her colleagues at CRLA litigated civil rights and fair housing claims and maintained a robust writ practice, litigating against local and state agencies. At CRLA, Seaton also directed the organization's Delano office and engaged in legal advocacy on Housing and Employment claims. She received her JD from UCLA and her BA in History from UC Berkeley. Prior to and during law school, Phoebe worked in Guatemala, addressing human rights violations.

Veronica Garibay is the Co-Founder and Co-Director of Leadership Counsel for Justice and Accountability. Ms. Garibay leads Leadership Counsel's efforts in ensuring equitable land use planning and investment policies, access to basic services such as safe and affordable drinking water, and improved transportation opportunities. Veronica also leads the organization's regional and state climate justice advocacy efforts. Most importantly, her work has focused on developing and maintaining meaningful community engagement in land use and investment decisions at the state, regional and local levels. Veronica holds a B.A in Law and Society and Psychology from UC Santa Barbara and a Master of Public Administration from California State University, Fresno.

Sandra is a longtime activist for health and water issues from the community of Poplar. She became inspired to join the movement for water and health justice when her mother, a farmworker like herself, passed away due to continued exposure to pesticides applied by the farms where she worked. Sandra was inspired to seek information for the farmworkers that would help prevent problems caused by the farms themselves. She has seen first hand how contaminants such as nitrates and 123 TCP from agricultural and industrial practices affect the well-being of the workers and the residents of the small, rural communities throughout the Valley. She is a co-founder and current co-director of Campesinas Unidas del Valle de San Joaquin. Sandra is also a founding member of la Asociación de Gente Unida por el Agua (better known as the AGUA coalition) and Sandra is a volunteer health promoter, or “Promotora” for Clinica Altura. Along with the Clinica Altura Director Gloria Soto and the doctors, Sandra works to educate the Promotoras to encourage farmworkers to disclose to their doctors about their health problems related to field work. Through the Promotora program, Sandra is able to receive education from clinic staff about symptoms or illnesses caused by pesticides or contaminants. and shares that information with the farmworkers. 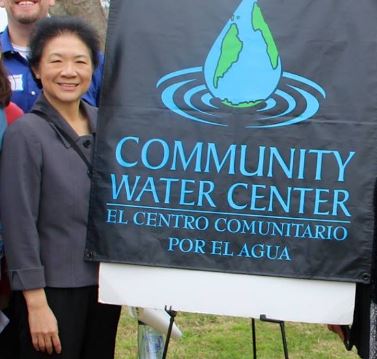 Tam Doduc is the Professional Civil Engineer Member of the State Water Resources Control Board. Ms. Doduc previously served as Deputy Secretary at the California Environmental Protection Agency (CalEPA), where she directed the agency's environmental justice and external scientific peer review activities, coordinated environmental quality initiatives, and provided general oversight of children's environmental health programs. Prior to that, as Assistant Secretary at CalEPA, Ms. Doduc managed policy development and interagency coordination on technology certification and air, agricultural and chemical regulation. Ms. Doduc began her career as an environmental consultant, before joining the staff of the State Water Resources Control Board and, later, the California Air Resources Board. A licensed civil engineer, Ms. Doduc earned a Bachelor of Science in BioEngineering from the University of California at Berkeley, and a Master of Science in Civil Engineering from the California State University in Sacramento. She also earned a Master of Business Administration from the University of California at Berkeley. 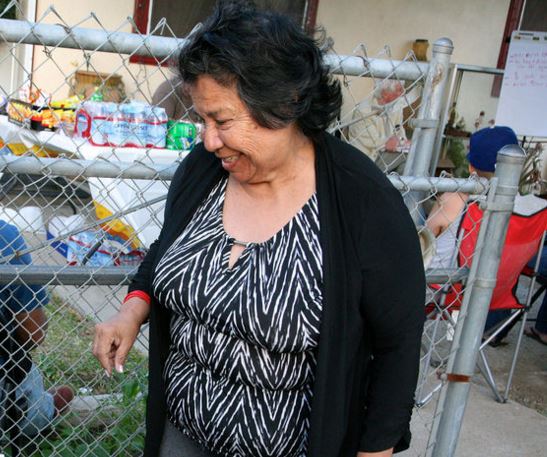 Ruth has fought for safe, clean and affordable water throughout her life. She became involved in this movement when she was young and had just married. Her husband was a farm worker and as her four daughters were born, one was born with only one kidney (and recently passed away) and one was born with asthma, making the consequences of contamination to the air and water in the San Joaquin Valley very real for Ruth and her family. As Cesar Chevaz began his movement on pesticide contamination in the water, Ruth and her husband joined the fight. She was a registered nurse, so she would often go on the United Farm Workers marches to take care of people who got sick or who had too many blisters on their feet from marching. Ruth has continued to work within this movement as time has passed, working closely with the Center on Race, Poverty and the Environment, continuing to work with the United Farm Workers and being an active participant in several campaigns throughout California. She is a founding member of la Asociación de Gente Unida por el Agua, or the AGUA coalition. Additionally, she founded the "Si Se Puede en Ducor" a grassroots community committee in Ducor, which just recently has been fighting for a new well for their community and the digging has begun. 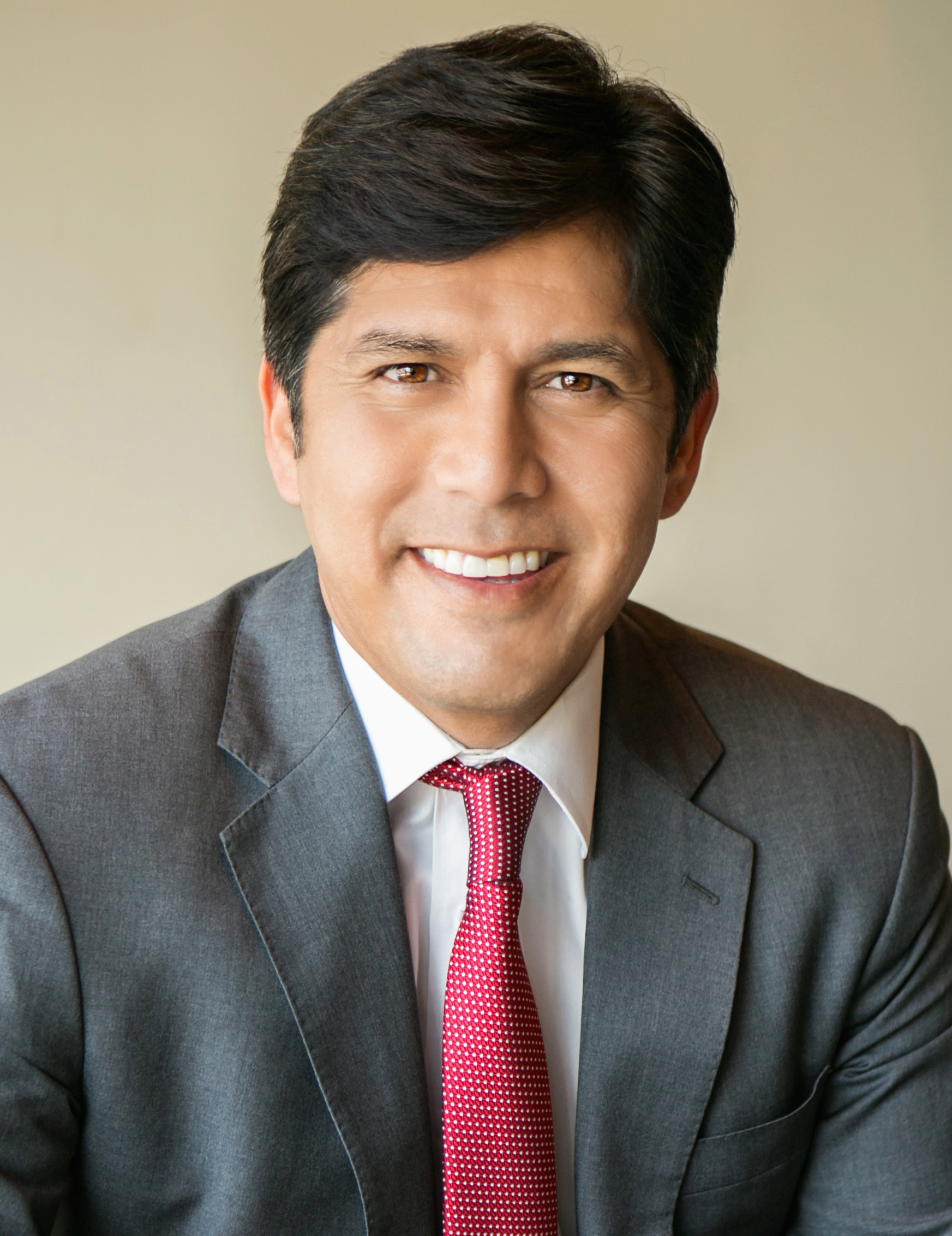 Kevin de León (D-Los Angeles), serves as President pro Tempore of the California State Senate. He is the first Latino elected to the position in more than 130 years. Senator De León is focused on building a more prosperous, equitable, and sustainable economy for the Golden State. He is working to make college more accessible and affordable, combat climate change while building a clean-energy economy, improve retirement security for low-income workers, and support California’s growing diverse communities.

Last year, Senator De León authored SB 350, which gives the state the most ambitious renewable energy goals in the nation. In 2012, he passed SB 1234, a first-of-its-kind retirement-savings program for low-income workers and SB 535, which requires a quarter of all cap-and-trade revenue be spent in disadvantaged communities. He also has an extensive legislative record on public safety and expanding rights for women, workers, and immigrants. Senator De León served four years in the Assembly before being elected to the Senate in 2010. Before the Legislature, he taught citizenship courses to immigrants and led opposition to 1994’s anti-immigrant Proposition 187. Senator De León credits his immigrant mother as his inspiration to help build a brighter future for generations to come.

Special thanks to our event sponsors! 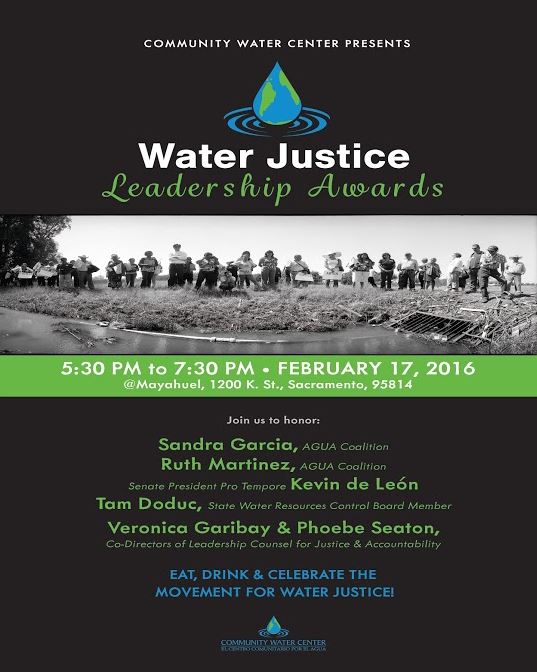