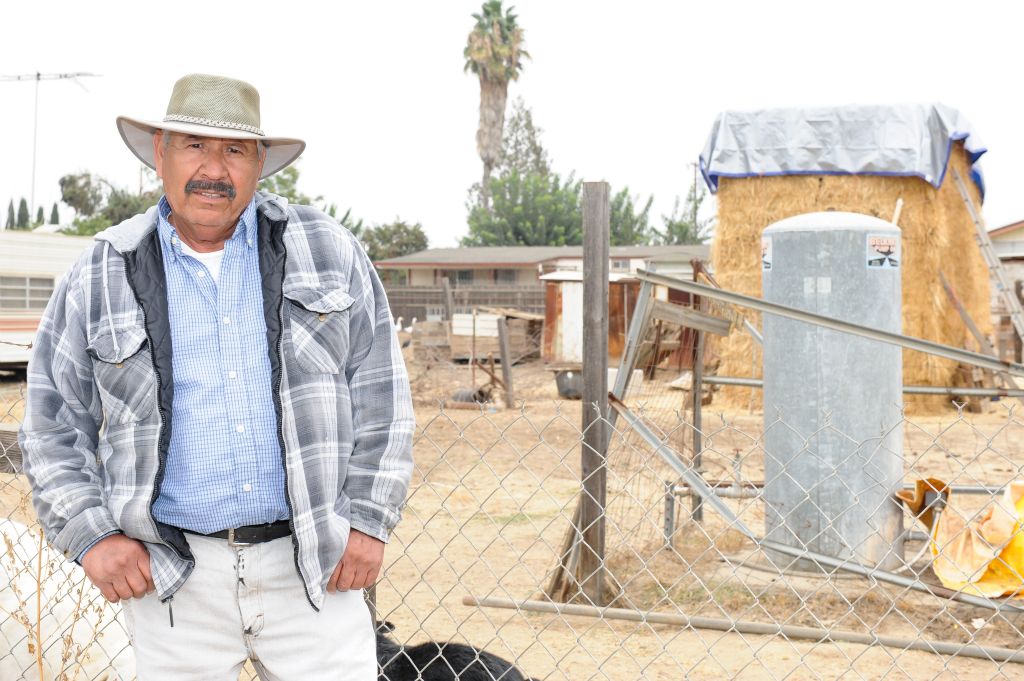 Tony Torres, 71 stands near his well. He was the first Monson resident to receive a water filtration system in his home, making it safe to drink the water that comes out of his tap. (Credit: Blue Planet Network, storiesofwater.org)

Monson is a small unincorporated community that struggles with securing a safe supply of drinking water. It is a primarily Latino community in Tulare County, located just a few miles from other small communities such as Sultana and the larger city of Dinuba. Surrounded by agriculture fields and dairies, the community is home to approximately 200 people, many of whom live below the poverty line.

Monson had been without clean water for several years. The first tests confirming this suspected contamination discovered many wells with nitrate levels that exceeded the federal health standard by as much as 300%. Several wells also contain bacteria and 1,2-Dibromo-3-chloropropane (DBCP), a pesticide that was banned in the 1970s but persists in the soil and groundwater. These contaminants caused serious health risks. For example, ingestion of nitrate-contaminated water is extremely harmful to human health and has been linked to methemoglobinemia, or “Baby Blue Syndrome,” and a range of serious gastrointestinal and endocrine system illnesses.

With the help of Tulare County and the neighboring community of Sultana, Monson is now able to provide safe water to its community from its own stand-alone water system administered by Sultana. A full consolidation and annexation is still in the works from Sultana CSD with the help of Self-Help Enterprises.