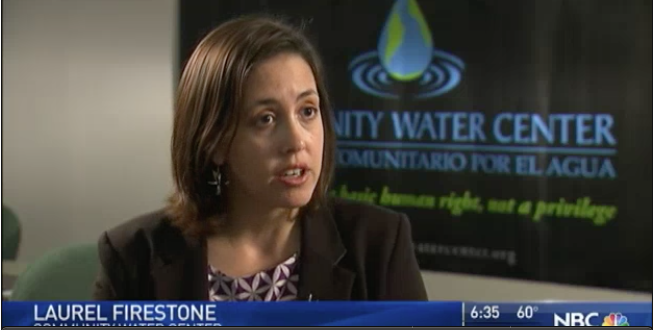 NBC Bay Area did a superb job giving an overview of the drinking water crisis facing Californians. The investigative story, titled "'A Tragedy': Hundreds of Thousands of California Residents Exposed to Contaminated Water," does a deep dive into the story of Californians who cannot drink the water coming from their taps.

The story features commentary from Felicia Marcus, Chair of the California State Water Resources Control Board, as well as an interview with Community Water Center's Co-Executive Director, Laurel Firestone, as she explains the magnitude of the contamination that Central Valley Residents face. "If this isn't an emergency, I don't know what is," Laurel said.

Check out the full video and coverage, HERE!