Plan to provide safe water will be aired 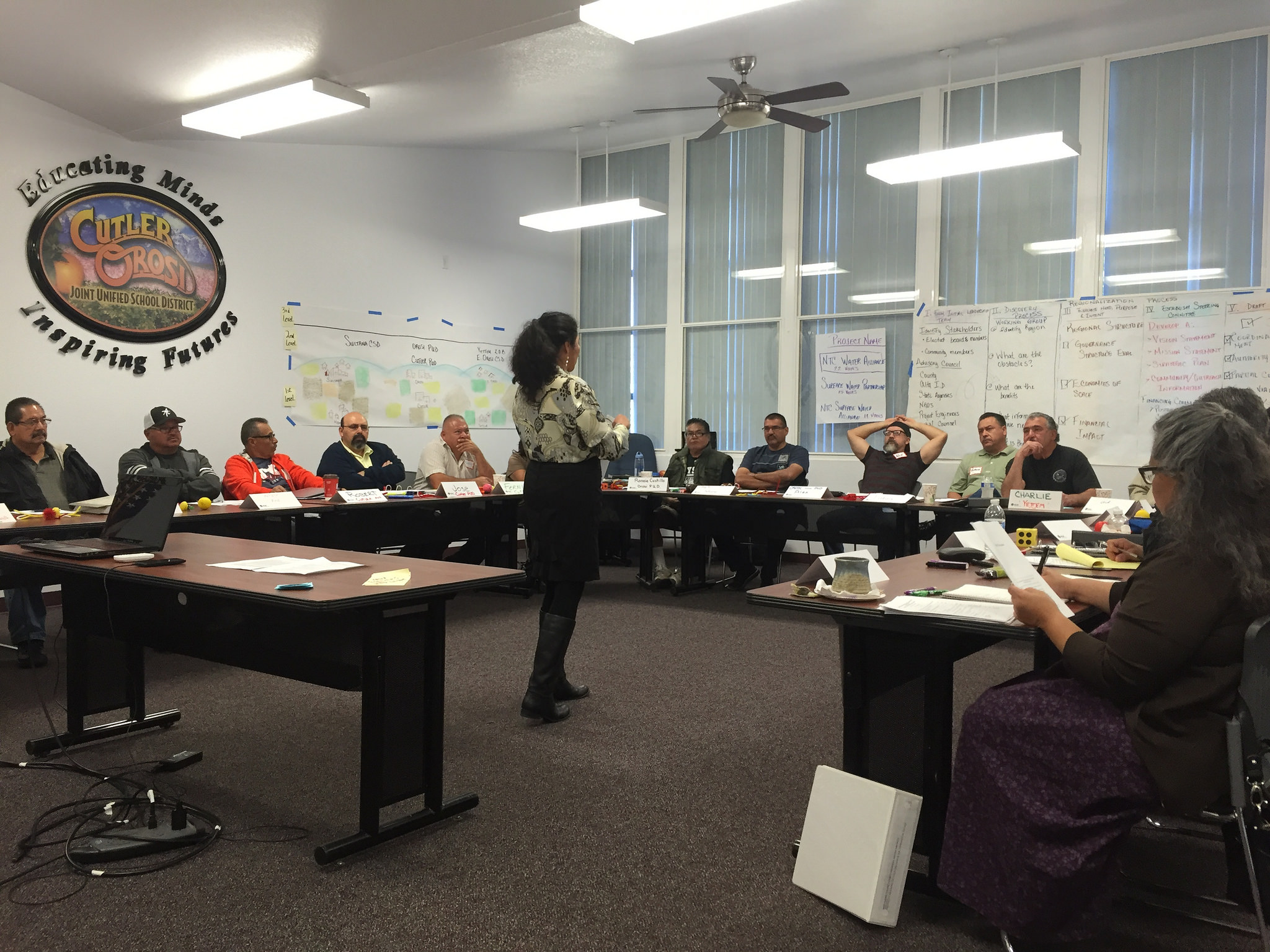 Northern Tulare County Water Alliance members at one of their working group meetings.

Residents from seven Tulare County communities will be able to learn about a proposed regional water agency aimed at bringing safe drinking water now and to continue providing water in the future.

The informational meeting will be held Tuesday, June 28, from 6-8 p.m. at the Orosi Memorial Hall.

Board members from four water districts — Cutler, Orosi, East Orosi and Sultana — and community members from Yettem, Seville and Monson came together last summer to solve the current water problems in some districts and to make sure residents in other districts continue to receive safe drinking water.

"The water districts saw that they have problems in common and decided to work together to solve these problems," Community Water Center coordinator Ryan Jensen said.

Community Water Center and the Rural Community Assistance Corporation [RCAC] have been facilitating the process since July 29 when a community meeting was first held at the Orosi Memorial Hall.

Tulare County is the lead agency overseeing the regional water project, which has a deadline of November.

At next week's public meeting the current and future water situations will be discussed, along with a rundown of what the NTCWA has been working on over the last year. A translator will be on hand for Spanish speakers.

"Anyone with questions or concerns can address them at the meeting," Jensen said. "The final proposal is not set in stone."

Jensen said that nothing will be finalized until a contract is signed by all the water districts involved.

The water alliance is looking at naming the new agency the North Tulare County Regional Water Alliance. This agency would have nine members. Two of the members would be from Orosi, two from Cutler, one from East Orosi, one from Sultana and Monson, one from the Tulare County Board of Supervisors and an at-large member from any of the water districts.

Board members from each water district would nominate someone for the agency. The length of term for these board members hasn't been decided.

Last week lawyers from Tulare County met with lawyers from each water district to hash out all the legalities of the contract before presenting it to the public.

In July the board members from each water district will meet with their attorneys to see if anything else needs to be changed in the contract, especially after hearing from residents on June 28.

During the middle of July the county will mail ballots to all the residents in the seven communities. The ballots will be used to measure community support for the proposed JPA.

The water alliance will meet again on Aug. 13 to discuss additional changes needed for the contract to be approved. Jensen said that he believes the contract will be signed by all organizations sometime in September or October.

Once the JPA is formed, the group can start planning and implementing a regional water solution for the seven communities.

Back in July the solution was to create a surface water treatment plant located at the Friant/Kern Canal and Avenue 400, just east of Road 144.

Alta Irrigation would provide surface water from Pine Flat Reservoir to the Friant/Kern Canal and then it would be piped to the communities.

A grant would pay for $20 million of the project. The other $3.9 million would be funded through loans to be paid back over the next 25 years.

Since this solution was presented, other water solutions have arisen, like digging more wells.

Jensen said the JPA will have to decide which project will work best for its communities. He added that a lot of money is available to assist an agency like this which is overseeing seven communities.

"There are a lot of benefits to working together," Jensen said. "At the public meeting we want to know if the residents support the forming of the JPA in this effort to finding a water solution."

To close out 2015, members of the Northern Tulare County (NTC) Water Alliance participated in a field trip on December 5th to the Terra Bella Water Treatment Plant to learn...