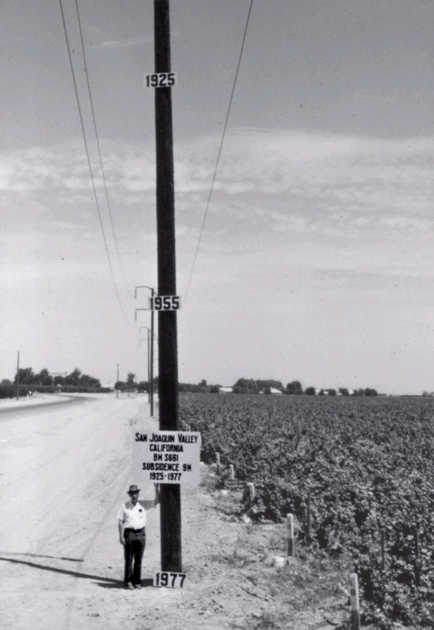 In rural areas of the San Joaquin Valley, folks are turning on the tap and getting black water, bacteria, chemicals and sometimes just a little dribble of water.

Statewide, Californians have cut back water use by only 5% this year, but here the drought is creating its own cutbacks in places like Seville in Tulare County, Stratford in Kings County and Parkwood in Madera County.

Counties, volunteers and state agencies have been reacting, warning people to boil their water, delivering bottled water and working on fixes.

But I continue to hear about people whose private wells have gone dry, leaving some with few options.

Engineers tell me they expect the problems to multiply as the underground water levels drop. Expect to hear more about bacteria and nitrate contamination, they tell me.

The Stratford water problem seemed a little different to me. One of two town wells had failed. Video images showed the well casing had been breached in three places. Officials speculated it was caused by land subsidence.

The water table around the well has plummeted an amazing 100 feet in the last two years, Bee reporter Lewis Griswold discovered.

Stratford is part of a 2,000-square-mile area in the Valley where the landscape has sunk many feet over the last several decades. The ground sinks naturally in this Valley, but not that fast.

The U.S. Geological Survey has studied it for a long time, saying farm groundwater pumping is the main reason. The USGS also said importation of river water from other areas has slowed or even stopped the subsidence.

This year, there is no such water for federal farm contractors, such as Westlands Water District. The district estimates show more than 650,000 acre-feet of water will be pumped this season.

How many more similar drought-related problems will we see this summer? Stay tuned, and conserve as much as you can this year.

(PHOTO: Joseph Poland of the U.S. Geological Survey stands next to a utility pole near Mendota in 1977. Poland determined the ground had sunk almost 30 feet between 1925 and 1977. The signs tacked on the pole show where the ground level was at various times during the 52-year period. The pole has been replaced, and there are no signs. Scientists believe the ground has sunk another 10 feet since 1977. Credit: US Geological Survey)