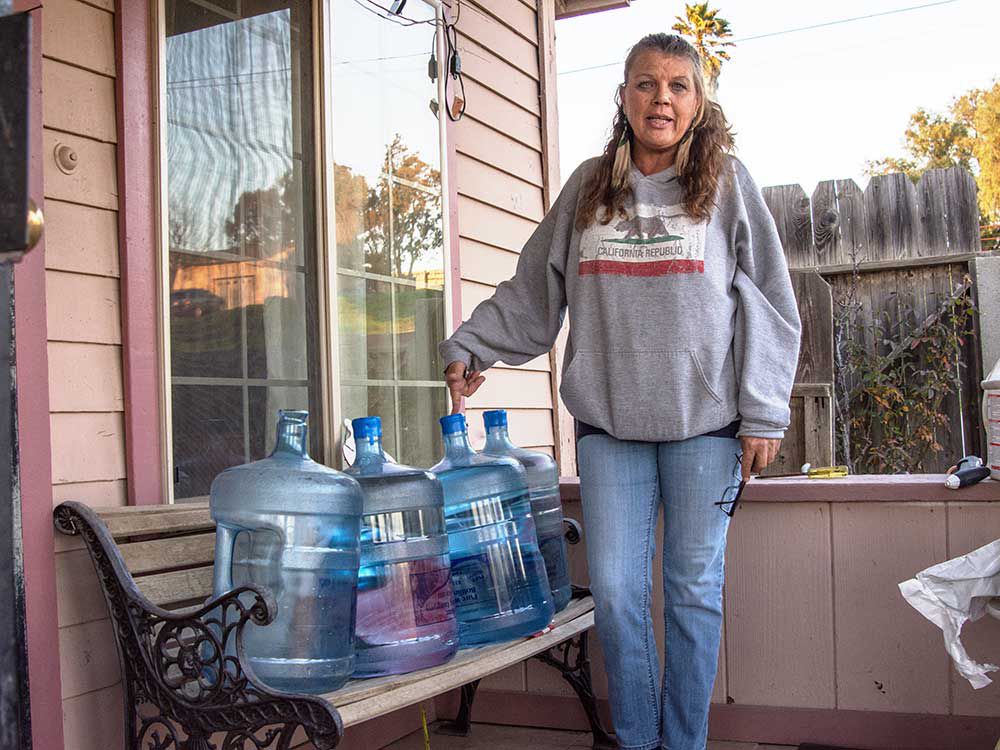 When Sheri Braden grabs a few potatoes from her pantry to cook for dinner, she rinses them off under the faucet. Then she uses water from a 5-gallon jug to rinse off the tap water she originally used. The water running through the pipes to her home has been deemed unsafe for human consumption.

The tiny community of San Lucas, eight miles southeast of King City where the Salinas Valley floor rises and begins to fade into hills, has been on bottled water restrictions since October 2016 after two tests found the well supplying drinking water had elevated levels of nitrates.

“We’ve been through this before and we’ll keep dealing with it into the future until we find a new water supply,” says Braden, who is also the president of the San Lucas Water District. “We’re still hoping that we can connect to King City’s water system.”

San Lucas was on bottled water restrictions from 2011-14 after a different well supplying water to the community was found to have levels of nitrates that exceeded state and federal standards. Nitrate contamination is largely attributed to fertilizers leaching through the soil into groundwater.

John Romans, who owns Mission Ranches, which covers more than 1,200 acres of farmland outside San Lucas, has become the de facto steward of the community’s water supply. After the old well, located on Mission Ranches property, was found to be contaminated in 2011, the Central Coast Regional Water Quality Control Board ordered Romans and landowner Wendell Naraghi to supply San Lucas’ roughly 350 inhabitants with bottled water until a new water source was found.

In 2014, Romans drilled a new well on Mission Ranches property, closer to the Salinas River, to serve as a temporary water solution for the community. The well remained a reliable source of water for nearly two years, until elevated nitrate levels were found in two separate tests in July and September of 2016.

The bottled water order issued by the Monterey County Environmental Health Bureau wasn’t the only water setback San Lucas residents faced in 2016. In September, plans for connecting San Lucas’ water supply to King City’s were put on hold after determining there was not enough money to complete the design, permitting and environmental reviews.

Connecting San Lucas to King City would cost more than $1 million in planning and another $10-$12 million in construction costs, says Nick Nichols, special projects engineer with the Monterey County Resource Management Agency, who was charged with designing the pipeline. Nichols was working off a $440,000 grant from the State Water Resources Control Board.

Now the state is asking the county and the San Lucas Water District to look into finding a cheaper groundwater and water treatment plan.

Securing a new groundwater source for San Lucas that’s not on Mission Ranches property will be a challenge, Nichols says: “A lot of people have done a lot of water exploration in that area and haven’t found much.”

For the indefinite future, residents of San Lucas will be reliant on five 5-gallons jugs of water a week.