As we have shared before, CWC’s top legislative priority is SB 623 which would create a new Safe and Affordable Drinking Water Fund to ensure all California communities and those on domestic wells can have access to safe drinking water. In partnership with Senator Monning and over 90 other organizations, CWC has worked hard in 2017 to move SB 623 through the Legislative Process. YOU played a critical role by attending lobbying days in Sacramento, passing resolutions of support through your local water board, making phone calls, and taking other forms of action. Thank you for making your voice heard.

While we have made great progress this year in moving SB 623 from the Senate into the Assembly, Senator Monning and stakeholders have decided to wait until next year to proceed with SB 623. This will allow for sufficient time to educate the legislative membership, and the public, to fully understand recent amendments made to the legislation and the importance of the policy to address the statewide problem of contaminated water in California.

We will continue building power and momentum over the coming months and will take up the fight again in January when the legislature reconvenes. Please stay tuned -- we will need you to remain engaged and taking action in order to push SB 623 over the finish line. Thank you!

CWC partnered with Assemblymember Salas from Bakersfield to pass AB 560, which broadens the guidelines for the Drinking Water State Revolving Fund (DWSRF) to allow larger systems whose service area qualifies as a severely disadvantaged community (SDAC) to apply for grant funding, if paying off a loan would result in unaffordable water rates. The bill also sets the affordability metric at 1.5% of the median household income. AB 560 improves the types of financial assistance that larger (but still small) communities like Arvin access through the DWSRF. This represents a modest improvement, but a far more important next step is to pass SB 623. We hope Assemblymember Salas will be a strong partner with CWC to fight for passage of SB 623 in 2018.

CWC worked with a coalition of water and environmental organizations to advocate for AB 1668, which includes a requirement that the Department of Water Resources (DWR) to develop recommended guidelines for county-level drought contingency planning for small water systems and rural communities. The bill also included a requirement that DWR use available data to identify small water suppliers and rural communities that may be at risk of drought and water shortage vulnerability, and then notify counties and local groundwater sustainability agencies of those suppliers or communities that may be at risk within its jurisdiction, and make the information publicly accessible on its Internet Web site. The legislative authors decided to make AB 1668 a two-year bill and continue working on the legislation next year. This gives CWC and other allies more time to educate decision makers and the public about the importance of proactive drought and water vulnerability planning. 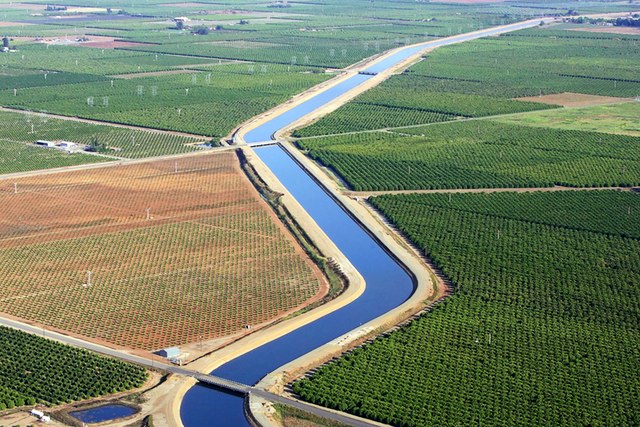 THE END OF September meant both the end of the 2016 water year and a deadline for signing new legislation. In the past few weeks California Gov. Jerry Brown has signed a bevy of new bills into law, many of them addressing drought or water issues in the state.

Below are six other bills that address drought and water issues head on:

The vast majority of California’s water agencies deliver a safe and reliable supply of water, but some are failing to make the grade.SB 552, written by Sen. Lois Wolk, allows the State Water Resources Control Board to bring in an outside contractor to help struggling water agencies meet water standards.

“This bill will allow the Board to order a water system which is consistently failing to provide safe, clean and affordable drinking water to accept a contract administrator who will be able to immediately implement a number of measures to help ratepayers, and also to create a long-term sustainability plan for the system,” said attorney Deborah Ores of the Community Water Center.

This bill by Sen. Bob Wieckowski is another intended to protect drinking water. But it takes a different approach. Smaller water agencies tend to be more likely, because of limited resources, not to meet reliability or quality regulations, so to protect public health SB 1263 would ban the creation of new, small water districts.

“It aims to guarantee the safety and reliability of drinking water statewide by encouraging new developments to tie into existing water districts rather than create their own,” Michael Levitin wrote for Water Deeply. “The measure would especially help low-income communities that cannot afford to pay for improved water quality, and could specifically impact Central Valley cities such as Merced, Bakersfield, Fresno and the rural regions around them that have seen innumerable small water agencies sprout up in recent decades to keep pace with population growth.”

Water guzzlers beware. SB 814, written by Sen. Jerry Hill, would require urban water agencies to define and discourage excessive water use during state-designated drought emergencies that require water restrictions. Agencies could use a rate structure or an excessive-use ordinance that would come with fines and possible drought-shaming.

“This legislation ensures that every urban retail water supplier has a tool to curb excessive water use by customers,” said Hill. “Households that guzzle water – while their neighbors and most other Californians abide by mandatory reductions – will no longer be able to hide and persist in their excess.”

One of the biggest things to come out of California’s ongoing drought is a focus on better collection and sharing of water data. Assembly member Bill Dodd’s Assembly Bill 1755 takes a step in that direction with the creation of a platform to share water data.

According to the bill’s text, it would “create, operate and maintain a statewide integrated water data platform that, among other things, would integrate existing water and ecological data information from multiple databases and provide data on completed water transfers and exchanges.”

The integration of data would include information from the State Water Project and federal Central Valley project; streamflow conditions from the United States Geological Survey; fish abundance from California’s Department of Fish and Wildlife, as well as the U.S. Fish and Wildlife Service, the Forest Service and the National Oceanic and Atmospheric Administration; and information on water transfers and exchanges.

The bill “authorizes $7 million in state money to build pumps to move water north to about Terra Bella via reverse flow pump-back facilities still to be built,” the Fresno Bee reported. “Water would be pumped out of the lower San Joaquin River and into the California Aqueduct on the west side of the San Joaquin Valley, transported south to the Cross Valley Canal, then east to the Friant-Kern Canal.”

It’s not a done deal yet as money would need to be appropriated in next year’s budget.

Assembly member Rich Gordon’s AB 2594 helps move stormwater from nuisance to resource. The new law lets water agencies collect stormwater and then make the most of it – including reusing it, recharging groundwater with it, selling it or using it to boost water quality.

“For too long, clean, crisp storm water has been viewed as a problem. In reality, stormwater is a gift – a solution to drought,” said Gordon in a statement about his bill. “AB 2594 allows those that capture stormwater to use it.”