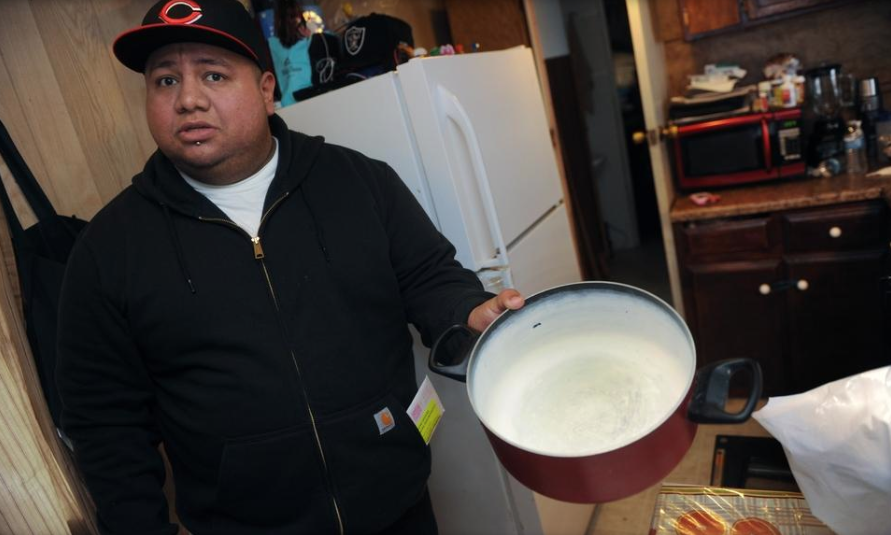 While Stockton residents fretted over chloramines last year, the real water crisis could be found in scattered places like the Glenwood Mobile Home Park along Highway 26, five miles outside the city.

For years, the farmworkers, laborers and senior citizens who live in Glenwood's humble, cramped trailers have gone to town to fill jugs of water for cooking and drinking. Glenwood's well was contaminated with nitrates, possibly from fertilizer applied by farmers in the area, though that is uncertain.

One resident, asked recently to describe the taste of the water, struggled to find the right words before finally saying: "Drain water."

In a big city like Stockton, residents enjoy a mix of drinking water from multiple rivers and wells. The water usually meets standards, and if it doesn't, cities can raise the money needed to fix the problem.

When Glenwood's well went south, residents there had nothing to fall back on.

There is a happy ending to the story: Glenwood's owner just forked over $300,000 to drill a new, much deeper well that has eliminated the nitrates.

But that's likely not an option for many of the other roughly 300 small public water systems across the state, particularly in the San Joaquin Valley. Five years after legislators declared that water is a human right in California, an estimated 200,000 people from those small communities drink water that doesn't meet standards. Many are poor, cannot speak English and in general struggle to make their voices heard.

"We have recognized the human right to water in this state, but we have a long way to go to making it a reality," said Laurel Firestone, an attorney and director of the Community Water Center, based in Visalia.

Nitrates have been a problem at Glenwood going back at least to the early 2000s, when an earlier well was destroyed, records show.

A second well was drilled, but by 2009, it, too, was tapping nitrate-laden water. Sometimes, though not always, water quality standards were violated.

With the owner of the park ordered by the county Environmental Health Department to take action but unable to secure government assistance, the problem continued off and on for years. County officials said the health risk pertained mostly to infants under the age of 6 months, who could quickly become seriously ill or even die from drinking nitrates.

But many fearful Glenwood residents gave up on tap water altogether.

"All of this costs those individuals," Firestone said. "They're having to spend a lot more money to get water that they feel like they can drink. Or, they drink less water and it often means more sugar-sweetened beverages.

"There are very real impacts on people's pocketbooks and health."

human right to water Nitrates
Like us to spread the word

On April 21st, 2016, the Central Valley Regional Water Quality Control Board voted unanimously in support of the Resolution to adopt the Human Right to Water as a core...

The February 16th, 2016, State Water Resources Control Board meeting was a momentous day for the Board, the Division of Drinking Water, water justice advocates, and all the communities that...