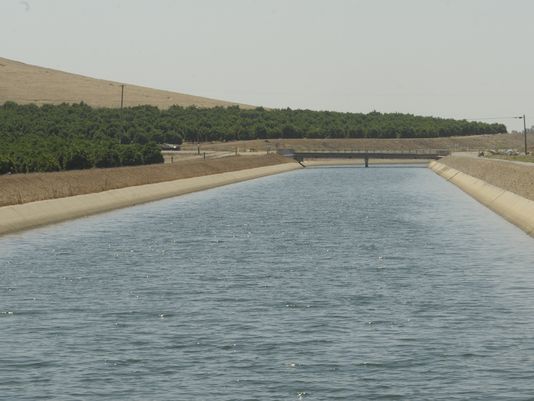 But one concern he has is how much of that money, intended to fund project to improve water storage and water quality across the state, will actually end up paying for brick-and-mortar projects here in Tulare County and other parts of the South Valley.

“They’ll find a way to spend it that has nothing to do with water,” McFarlin said.

McFarlin thinks part of that money should go to finally build the Temperance Flat Dam on the San Joaquin River, upstream from the dam at Millerton Lake.

That in turn, would improve water water storage, making more available for farms and communities that get surface water via the the Friant-Kern Canal, which extends from below Millerton, in Fresno County through eastern Tulare County and into Kern County.

Some who have waited for the state bond measure to finally be passed are optimistic a good chunk of the money will benefit Tulare County.

Ryan Jensen, a community organizer for Visalia-based Community Water Center — a nonprofit that helps rural and low-income communities get clean drinking water — note that small and disadvantaged communities will get preferential consideration to receive $520 million in grants and loans.

That money would be used to fund projects to improve drinking water and wastewater systems in those communities.

“We would have liked to see more, certainly, but that $520 million can go a long way for these disadvantaged communities,” Jensen said.

Among the projects he’d like to see Prop. 1 money directed to is a proposal to build a water treatment plant so the north county communities of Cutlter, Orosi, East Orosi, Seville, Yettem, Sultana and Monson could use surface water for drinking water.

A draft engineering study has been completed, and Jensen estimated that water-bond money could pay for up to $20 million of the project, which has a current estimated price of $23 million.

A proposal to connect East Porterville neighborhoods to city of Porterville’s water system may require to the city to drill several new wells to augment its water supply, Boyer said.

Boyer has heard the cost to drill those new wells and install new water lines could total about $20 million.

Several irrigation and water conservation districts in the South Valley already have plans to construct new ponding basins to capture water during storms and percolate it underground, he said.

And those districts need money to buy the land to build those ponding basins, which could be funded with Prop. 1 money, Boyer said.

Ronald Jacobsma, general manager of the Friant Water Authority, which oversees the distribution of water from Millerton Lake, noted that in some cases, even with Prop. 1 money communities may have to come up with additional dollars for projects.

For example, if it can be shown that building Temperance Flat Dam provides a public benefit in terms of flood protection, recreation opportunities, protecting wildlife and providing an emergency water supply, Prop. 1 money might be able to pay for up to half of the dam’s projected $2.5 billion cost.

But customers receiving that water, including numerous farms and some communities that include the city of Lindsay, would have to pay the rest of the cost or find other grants, Jacobsma said.

And even then, there are four other proposed dam and water-storage projects that likely will be vying for portions of the Prop. 1 dollars.

Still, Tulare County is in a good position to be considered for this money, said Denise Akins-England, an administrative analyst for the county.

Recently, the Tulare Lake Basin Disadvantaged Community Water Study Project was completed. The study looked at groundwater conditions in rural South Valley communities, and those findings and recommendations should go a long way to providing the information communities here will need to apply for Prop. 1 funding for water projects, she said

In addition, it will save time and what could amount to thousands of dollars that small small communities would have had to shell out to do the research on their own.

Boyer suggested, Valley lawmakers still should ensure that they’re at the table when the policies for distributing the Prop. 1 money are developed so urban areas in the state don’t end up getting disproportionate amounts.

“That’s always a concern,” said Tulare County Chief Administrative Officer Jean Rousseau. “The best thing we can do is try to position ourselves to be competitive.”

(PHOTO: A picture of the Friant-Kern Canal last year east of Exeter. Projects that could be paid for with money from Proposition 1 bond sales include construction of Temperance Flat Dam, which could provide additional water to the canal that provides surface water to farms and some communities in east Tulare County. CREDIT: Steve R. Fujimoto)