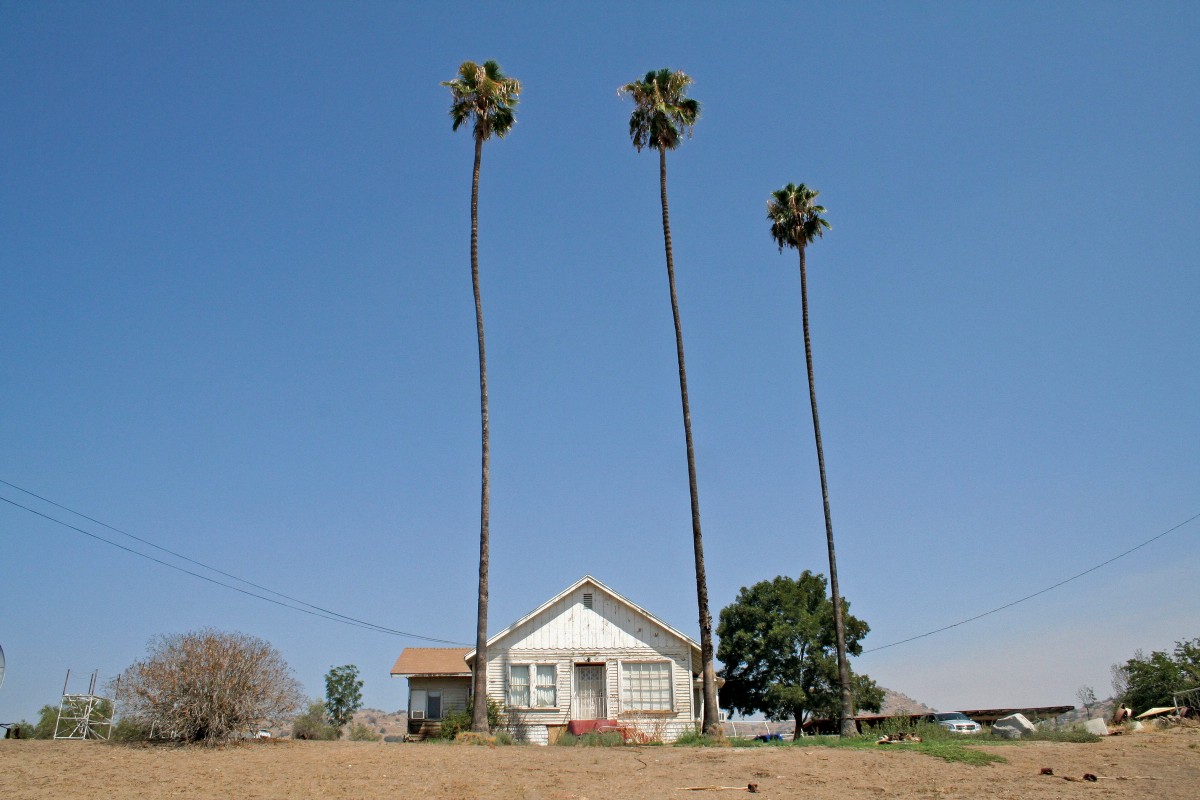 Louie Campos stopped drinking the water from his faucets in Visalia, California, so long ago that it takes him a minute to recall just how many years it has been since he held a glass to the tap and took a swill. By his closest approximation, the plainspoken 43-year-old has ripped through a 24-pack of bottled water a week for the last eight years. Bottled water, he says, is a hidden tax Visalia’s residents must pay to live there.

Campos fears his water is contaminated with 1,2,3-trichloropropane, or 1,2,3-TCP. Typically, the chemical is found in industrial solvents and cleaning agents, but it was once used in two popular soil fumigants that were applied here and throughout the Central Valley. Both the state of California and the International Agency for Research on Cancer recognize 1,2,3-TCP as a probable human carcinogen. Studies on rodents link 1,2,3-TCP exposure to thyroid, liver, spleen, and kidney damage; stomach irritation; blood disorders; and cancer and tumors in numerous organs. As of yet, however, there are no mandatory state or federal regulations in place to ensure water systems like Visalia’s remain 1,2,3-TCP-free.

The chemical’s origins trace back to the early 1940s, when Shell first manufactured D-D, a pesticide that contained the ingredient and was designed to kill nematodes, microscopic roundworms known to plague root crops. The Dow Chemical Company released a similar nematicide, called Telone II, in 1956. Twenty years later, as many as 110 million pounds of 1,2,3-TCP were manufactured in the United States annually. Shell eventually ceased manufacture of D-D in the 1980s amid mounting environmental and health concerns. But because 1,2,3-TCP is denser than water, it is heavy enough to sink through soil and into groundwater aquifers. By 2013, the chemical had been reported in at least 372 sources of drinking water throughout California, covering 92 different water systems across 17 counties.

Campos has lived with his parents and high school-aged nephew on the outskirts of Visalia for the better part of a decade. He only found out about 1,2,3-TCP within the last year, but his abstention from the city’s tap water began long before, as he grew jaded by stories of contaminated water in nearby towns. Arsenic in Lamont. Excess levels — as much as three times the federal health limit — of nitrates less than 20 miles away in Monson. While skeptical of his own city’s water, Campos had hoped that, of all places, the county seat of Tulare County wouldn’t face similar problems. He still uses tap water for cooking, showering, and brushing his teeth.

“This is a city, in 2016, in California,” Campos says. “You talk to somebody from anywhere in the middle of the nation, you say, ‘What do you picture when you think of California?’ I bet you that’s not what comes to mind.”

Visalia, the self-described “crown jewel of the San Joaquin Valley,” is a city of some 129,500 residents. By Central Valley standards, it feels metropolitan, a window into a larger world outside of lonesome farm towns and sprawling cow country. Unlike much of the Valley, Main Street isn’t desolate, but flanked by craft breweries and upscale eateries. The snow-capped peaks of the Sierra Nevada are visible from the street’s end. Take a turn out of the city’s center, though, and subtler signs of economic distress come into focus: sagging, moss-covered roofs, front lawns littered with rusting furniture, houses with moldering siding. Roughly 20 percent of Visalia lives under the poverty line.

A few blocks from Main Street, about 10 locals gather at the Community Water Center, a grassroots organization — of which Campos is an avid organizer — dedicated to advocating for safe drinking water across the Central Valley. One attendee, from nearby West Goshen, is particularly fearful of 1,2,3-TCP; her town connected to Visalia’s water system in 2014 following contamination issues of its own after two well malfunctions. “We pay taxes for something,” she says, addressing the room in Spanish. “The water gets more expensive every year, and for what?”

Advocacy groups like the Community Water Center are lobbying the State Water Resources Control Board to adopt a mandatory Maximum Contaminant Level for 1,2,3-TCP. Although the control board considers 1,2,3-TCP “a good candidate for future regulation,” the agency still hasn’t designated an MCL limit. Instead, it relies on a health-based advisory level, a more informal measure, according to which any amount of 1,2,3-TCP greater than 0.005 parts per billion in a drinking water source is reported to the board. Without an MCL in place, the state isn’t obligated to enforce remediation efforts. Water samples cited in the state’s Safe Drinking Water Information System from November 2013 show 1,2,3- TCP levels as high as 0.009 ppb in Visalia.

At least three dozen lawsuits throughout California have been filed in recent years against Dow and Shell, alleging, primarily, that the chemical companies sold products containing 1,2,3-TCP despite its risks to public health and the environment, and that both companies knew or should have known of measures to reduce the amount of 1,2,3-TCP in their soil fumigants without affecting the quality of their final product.

“The testimony in the lawsuits today shows that the costs of cleaning up 1,2,3- TCP in drinking water, just in California alone, will so far surpass the modest costs that Dow and Shell could have spent in, you know, the 1950s, to eliminate this chemical from their products in the first place,” says Todd Robins, an attorney who has represented many of the cities involved in the lawsuits.

“This is a city, in 2016, in California. You talk to somebody from anywhere in the middle of the nation, you say, ‘What do you picture when you think of California?’ I bet you that’s not what comes to mind.”

Both Dow and Shell declined to comment on active litigation, but in legal filings, both companies have denied the arguments presented in the plaintiffs’ claims. In an email from a spokesperson, Shell wrote that, while it respects the State Water Resources Control Board’s authority to regulate 1,2,3-TCP, it could not comment on regulation until actual changes were proposed for review. In another email, Dow stressed that other companies also produced products containing 1,2,3- TCP. “[Agricultural] products and product formulations [containing TCP] have not been on the market for several decades and include products that Dow did not manufacture or sell,” it wrote. “TCP is also associated with certain industrial processes in which Dow had no involvement.”

In 2009, California’s Office of Environmental Health Hazard Assessment developed a public-health goal of limiting 1,2,3-TCP in drinking water sources to 0.0007 ppb — much more stringent than the current advisory level. Unlike an MCL, which establishes a mandatory regulation, public-health goals are more like optimistic targets and are not necessarily economically or technically feasible. Groups like the Community Water Center hope to establish a statewide MCL as close as possible to OEHHA’s recommended goal. The process, however, is a rigorous one and involves a thorough investigation into its technical, environmental, and economic feasibilities. According to the State Water Resources Control Board, a proposed 1,2,3-TCP MCL could be presented to the public for comments within the year.

When Campos speaks to school boards, local politicians, and community groups about the hazards of 1,2,3-TCP, he says most attendees are surprised to learn that their water could be contaminated. Many don’t want to listen. Visalia, by and large, is a blue-collar city. A home without clean water is just another bleak reminder of the realities of the working poor, he says. Living one paycheck away from the streets, as many Visalians are, is already burdensome enough; buying bottled water is perceived as an impractical luxury. For many Californians, Campos says, the fight for clean drinking water is out of their hands.

“If you’re in a car wreck, there’s a point where you can recognize, you can see it all happening, and you understand that you can do nothing to stop it,” Campos says. “You kind of get mad, because you can’t do anything about it.”

Get involved! Sign CWC's petition to ensure the State Water Board adopts a health-protective MCL for 123TCP this 2016 and ensure the polluters pay for the clean-up of this contaminant!

MCL Contamination 123 TCP
Like us to spread the word