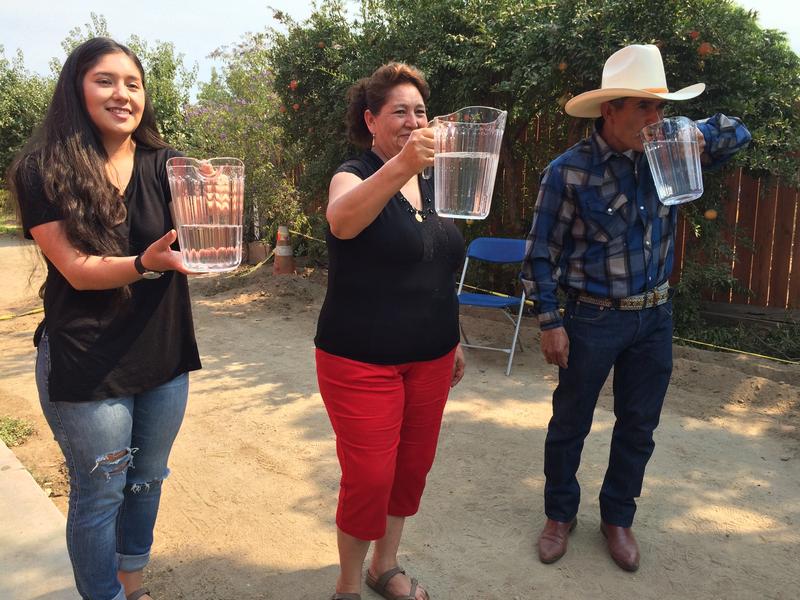 Four years into the drought, an estimated 1,500 wells have run dry in Tulare County. Now, thanks to a state-funded project, relief is finally coming to one of the county’s hardest hit communities.

For the first time in three years, water splashed out of a spigot at an East Porterville home on Friday. The Ramirez family home is one of about 500 in the unincorporated community whose private wells have run dry since the drought began. Now, a new project is connecting East Porterville’s 1,800 homes to the water system of nearby Porterville, and the Ramirez home is first. Using a translator, Guillermina Ramirez says, now, they won’t have to rely on an emergency water tank that had been installed outside their home.

"They were really taking care of every drop of that water," says the Community Water Center's Ryan Jensen, translating for Ramirez. "So they would bathe with the bathtub closed, they would let it fill the bathtub, then they would reuse that water, carry it in buckets to keep what little landscaping they could alive."

"This is the long-term solution," says Eric Lamoureux with the state Office of Emergency Services. "And today is really a ​great day for East Porterville. It’s a great day for all of our partners that have been working so hard on this. We’ve never experienced conditions in California this severe."

The state plans to consolidate all 1,800 of East Porterville’s homes by the end of 2017. The consolidation is voluntary, but residents have to agree to be annexed by Porterville in the future.

East Porterville Drought
Like us to spread the word