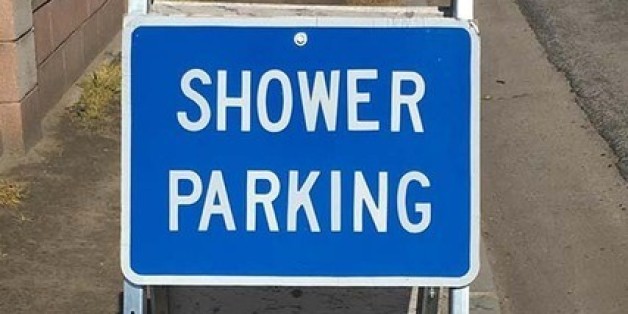 Angie’s eyes filled with tears almost the moment we were introduced. We were standing in the Emmanuel Church parking lot in East Porterville, an unincorporated, impoverished neighborhood in Tulare County, California. If you want to see what happens to a community when its residents don’t have access to the most basic human necessity—clean water—make a trip to East Porterville.

“I watch them every evening—entire families coming together to take showers over there.” Angie pointed to six portable shower stalls that her social services agency had installed. “Some come early in the morning before school. But mostly they come at night since many are farmworkers, and they only have one car or truck. I see young kids wrapped in damp towels, shivering in the backseat, waiting for their parents to take their turn showering. It breaks my heart.”

“How many families?” I asked.

“Almost a hundred a day,” she explained while apologizing for the tears that were now flowing down her young face. “Some days I can’t bear it. We go through about five or six pallets of bottled water a day, too.”

I had made my way to the church parking lot at the invitation of the Community Water Center, a Central Valley-based non-profit advocacy organization working to organize residents around the principle that all Californians have a right to safe, clean and affordable drinking water. It’s a right that seems out of grasp for the residents of East Porterville and many other forgotten water-deprived communities throughout the Central Valley, where some residents have gone as long as a decade without reliable access to clean water.

How did we get to this point in California? Why, in one of the most prosperous states in the wealthiest country in the world, must families wait in line to use a portable shower stall and donated water in a church parking lot in order to bathe? Contrary to what you might think, drought is not the only culprit. Even in the face of drought, golf courses and backyard fountains across the state have continued to benefit from access to water. Three deeply rooted injustices have created this water crisis in unincorporated areas like East Porterville, a crisis that is stripping Californians of their dignity and threatening their well-being.

Injustice Number 1: structural racism. Millions of people—and disproportionately people of color—live in unincorporated areas of our state. (As an example, about 75 percent of the East Porterville population is Latino.) Yet for decades, local governments have debated—and abdicated—their responsibilities in serving the water-system needs of these communities. The invisible city lines drawn by government have created pockets of poverty and deprivation manifest in the lack of access to clean water. Whether intentional or not, the persistent disenfranchisement of communities of color is a key part of the problem.

Injustice Number 2: unreliable infrastructure. Communities in unincorporated areas are too often on the wrong side of the tracks when it comes to access to adequate water systems. While the people of East Porterville struggle to find enough clean water, their neighbors in the City of Porterville aren’t experiencing the same challenge. The problem? Many residents in unincorporated areas depend on private, unregulated wells as their only source of water. But these wells become unreliable in times of drought, and even when groundwater is plentiful, many wells are contaminated from fertilizers, animal waste and pesticides. This points to a third injustice plaguing communities with little or no access to reliable water systems.

Injustice Number 3: environmental pollutants. Nitrate contamination in groundwater is rampant throughout the Central Valley due to agricultural fertilizers. The contamination is compounded by animal waste, which seeps into the underground water supply. The Central Valley is big dairy country, where a large dairy farm can house as many as 10,000 cows. That’s a lot of manure that finds its way into the underground water tables. Nitrate contamination has been linked to hypertension, some forms of cancer, birth defects, and “blue baby syndrome,” a condition that reduces the ability of the blood to carry oxygen and can be fatal for infants.

So what’s the solution? As we toured neighborhoods in East Porterville, we saw large green non-potable water tanks on the front lawns of many homes, tanks provided by community groups with government subsidies. This type of intervention is, at best, a temporary solution, and even these efforts are limited to homeowners only, and are not enough to meet the needs of all residents, including renters - hence the temporary showers and bottled water deliveries.

The reality is that access to water is another inequity California must face. There are more than enough resources to go around. Even in our drought-weary state, there is sufficient clean water available that no family should have to go without simply because they live in the wrong zip code. The community organizers I met in East Porterville pointed out that clean, safe water is flowing right through water-starved communities, in aqueducts situated just yards away from where water is most needed. But water rights are required to tap into that source, and these communities have neither the clout nor resources to gain access.

One solution is investment in the communities that lack reliable access to safe water. We need to muster the political will to change the institutionalized injustice that restricts access to this basic human need in many of our state’s poorest neighborhoods. Thanks to the work of the Community Water Center, committed folks like Angie, and empowered residents, the dynamic is slowly changing as residents are educated about what’s in their water, how to put pressure on government to serve their neighborhoods, and how to organize to make their voices heard. All of us—government, philanthropy, business and private citizens together—need to do our parts.

Until then, it’s enough to make you weep.