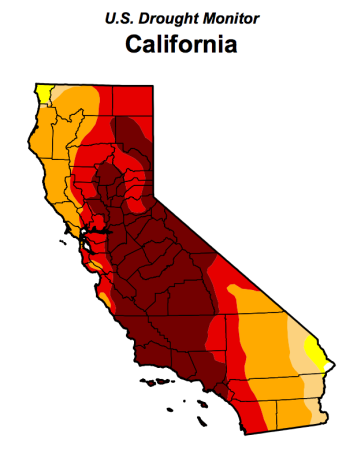 The three-year period between fall 2011 and fall 2014 was the driest since recordkeeping began in 1895, and recent reports signal that California is headed into its fifth year of drought. As debates continue on the duration of the current drought and the extent of the problem for the state as a whole, thousands of Californians -- the majority of whom are living in rural small and disadvantaged communities -- are already living in crisis, experiencing complete water loss, or extreme and acute impacts due to increasing water scarcity and groundwater contamination. In the worst cases, communities have run out of water completely.

In January 2014, Governor Brown proclaimed a drought State of Emergency and over the last year, the state has committed significant resources toward drought related water problems statewide. Increased emergency drought resources, while critical, have not solved the problem for the smallest, most vulnerable communities:

In communities like East Porterville, hundreds of wells have gone dry leaving several thousands of residents with insufficient clean water to meet their drinking water and sanitation needs. 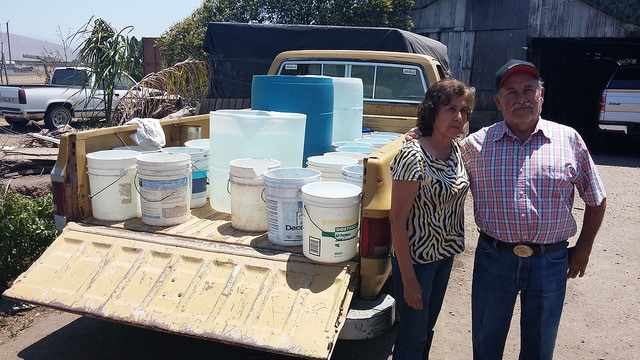 While some wells are going dry, others are testing positive for contaminants such as nitrates, arsenic and bacteria. Continuous drought conditions is forcing more groundwater pumping, causing water tables to sink and water pumps to lose pressure and suck in contaminants. As water contamination is becoming more concentrated, systems are forced to issue notices advising residents to not consume their water. Communities are being forced to turn on old, contaminated back-up wells, and residents are filling buckets from their neighbors’ water hoses in order to have enough water for basic sanitation. 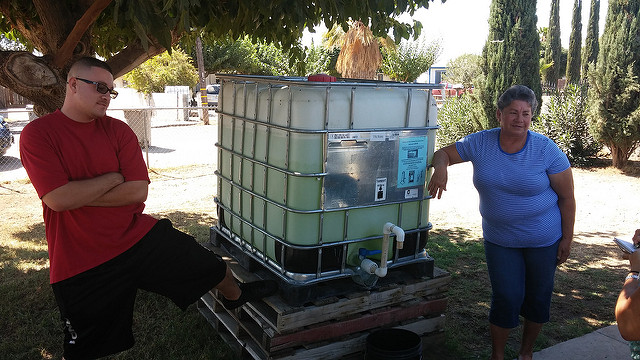 State Smalls are systems that provide piped water to at least five, but not more than 14, service connections and do not regularly serve drinking water to more than an average of 25 individuals daily for more than 60 days out of the year. First and most notably, domestic well owners and state smalls are not eligible for funding from the State Revolving Fund (SRF) or from most other public resources. Furthermore, because private well owners and state smalls are not regulated under the Safe Drinking Water Act, there is no comprehensive database of who is served by these small systems and private wells, no water quality data, and no way to obtain this information.

When water runs out at rental properties, assistance - such as the installation of water tanks - requires approval from the property owner. Counties usually don't have any type of enforcement toward landlords to provide water assistance to their tenants, and state funds are often restricted to property owners, which means renters often fall through the cracks.

Take Action! Donate or join our Action Alert team to receive occasional action alerts about opportunities to engage in organizing and advocacy to build the water justice movement!

Resources for Communities: If you're out of water or impacted by the drought, please visit our Drought Relief page and call our Visalia office at 559-733-0219 to be connected with resources.